Who knew back to school shopping could be so much fun! When you do it at Disney Springs, you not only find everything you need for school, you can make it a fun family event with lunch, dinner, a show and maybe even squeeze in some bowling too!

Thanks so much to Disney for inviting us to do our back to school shopping at Disney Springs. As always, all opinions are my own.

Is summer almost over already? It flew by so fast and I can’t believe it’s already time for back to school shopping! When Disney recently invited us to visit Disney Springs for some shopping and fun, we jumped at the chance. What a great chance to experience two of my favorite things…shopping and Disney! The girls were excited too because they’ve been dying to buy their new school clothes and when I told them what else we had planned, they couldn’t wait to get going. 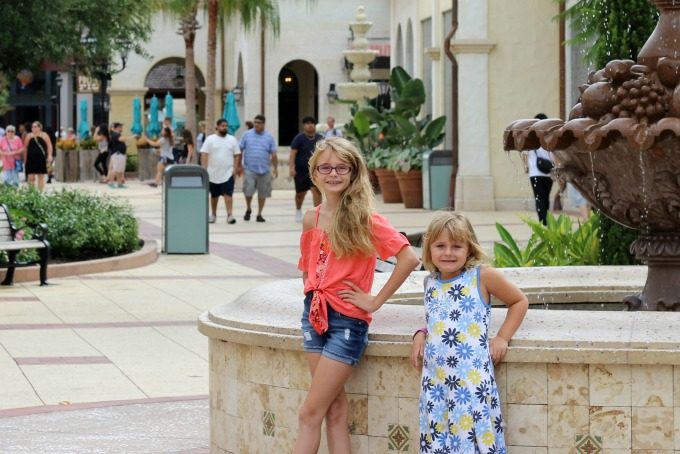 Back To School Shopping At Disney Springs

We chose to start with Keira, my five year old, since she was begging to hit the World Of Disney. It’s her favorite store at Disney Springs and if you’ve ever been there, you’d know why. This place is what kid’s dreams are made of, with room after room filled with Disney toys, clothes and anything else you can think of. Keira got a little distracted and I had to remind her that she couldn’t wear hats to school. 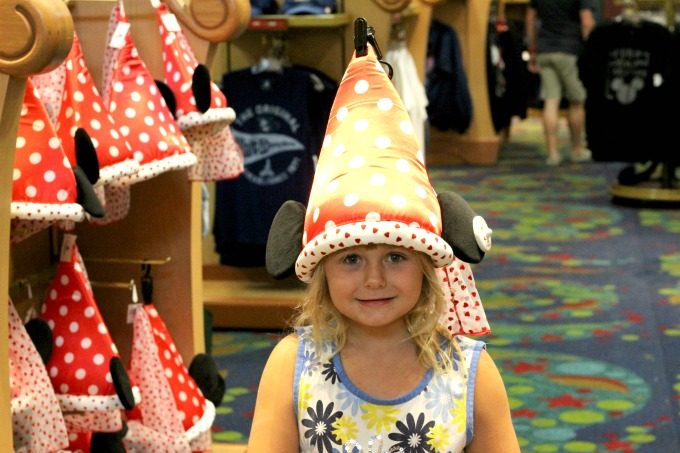 This may be Keira’s favorite store but I can’t help but love it too! The largest of all the Disney Stores, they have so much more than just toys. You can find luggage, jewelry, handbags, picture frames and loads more. They also have tons of clothes for both kids and adults. Last time I was here, I bought myself some super cute tops that I wear everywhere.

This time we were shopping for Keira though. All the clothes here are so adorable that it was hard to narrow it down. This was made the cut because it was pink and glittery! 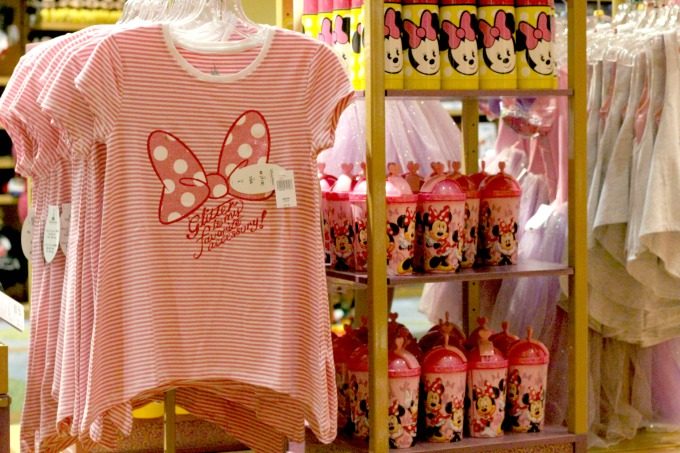 You may not initially think of shopping here for back to school but they have backpacks, water bottles and notebooks too. 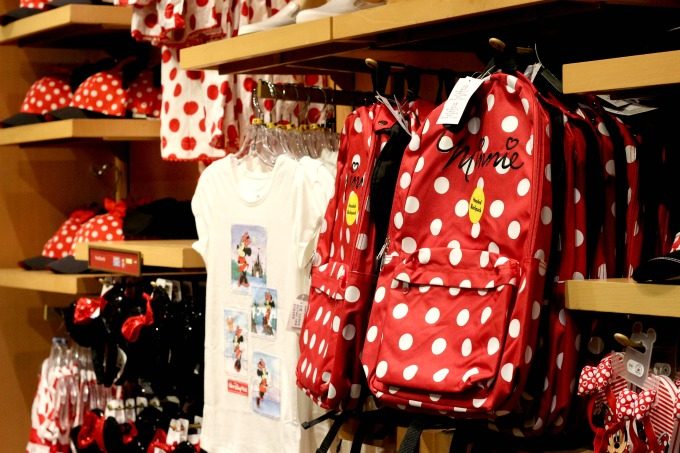 Of the clothes we bought for Keira, this was our absolute favorite. She’s already said that this is her “first day of school” dress.  For $34.99,  I thought it was a great buy and perfect for Kindergarten. 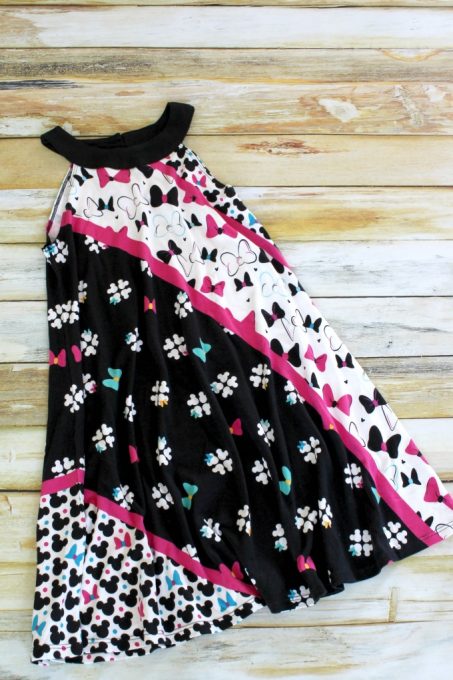 Here’s a tip, from mom to mom. If you’ve never bought clothes from the Disney Store, you should know that they hold up extremely well! We used to live near a Disney store (I’m still waiting for them to open on in Sarasota…Disney, are you listening?) and I bought clothes for Ashling all the time. They’re very well made and Keira has been able to wear all of Ashling’s hand-me-downs.

The princess dresses are great too. They cost more than you would spend at other stores but there’s a huge difference in quality. The cheaper ones start to fray almost right away. Not one single princess dress that came from the Disney store has frayed and we’ve had some of them for years (and they’ve been well loved!)

After picking up a few more tops, and a Moana playset, Keira was one happy girl! 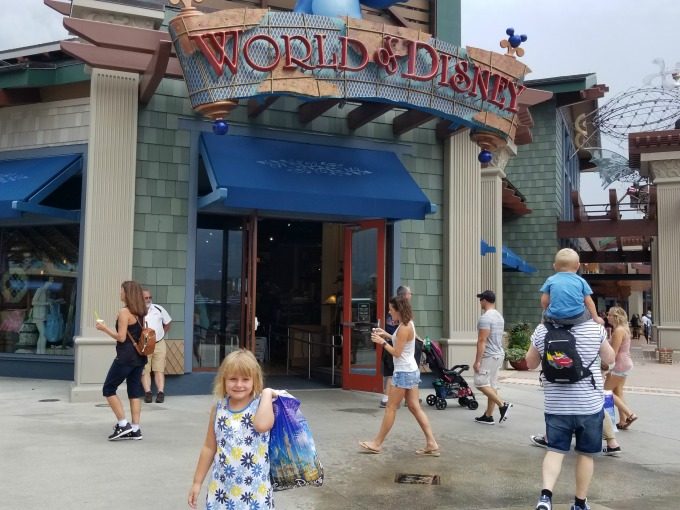 We decided to grab a quick bite to eat before we started shopping with Ashling. I’d been looking forward to going back to Art Smith’s Homecomin’ because we had such a great meal there last year (check out my full review here). 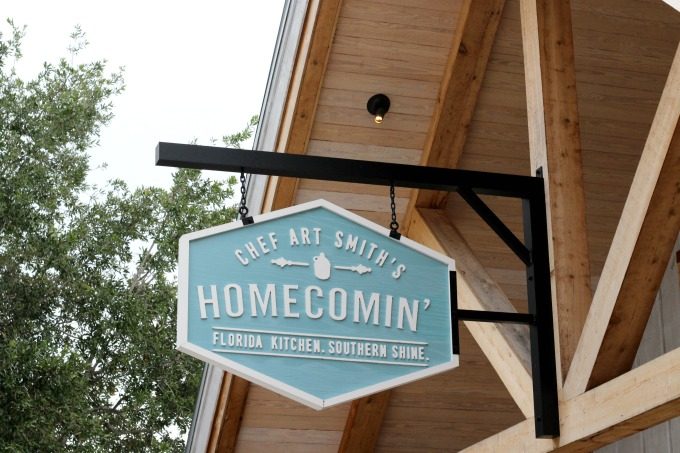 Jon ordered the chicken sandwich, which comes loaded with bacon…yumm! 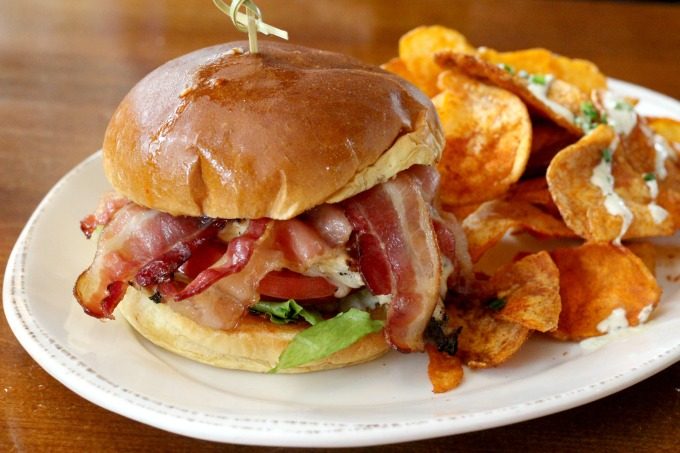 I went with the Harvest Salad topped with the fresh fish of the day, grouper. It was SO good! 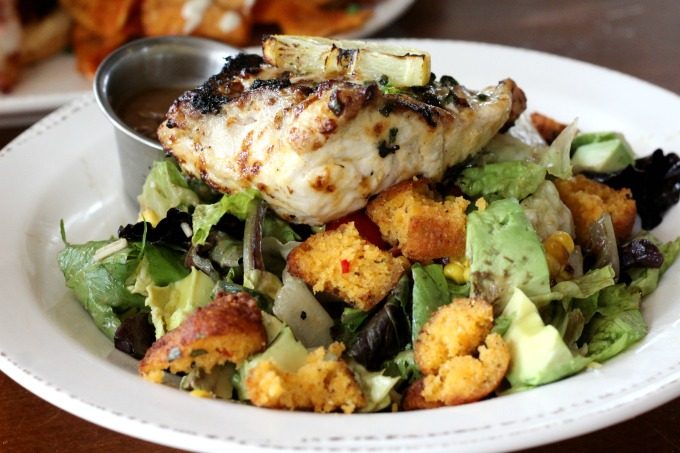 The girls had mini fried chicken sandwiches but were most excited about splitting the kid sized cinnamon doughnuts and ice cream! Jon and I tried to grab a bite but since we were already making them share with each other, they had no interest in sharing with us too. We were pretty full anyway so it was all good!

Next it was time to shop with Ashling. We split up and left daddy and Keira to entertain themselves in the Lego store. It’s so much fun to shop with Ashling now because at nine years old, she already has her own sense of style. However, the first thing on our list was a new backpack and we found one right away at SuperDry. We’ve never shopped there before but they had quite a few to choose from and Ashling found her perfect color pretty quickly. 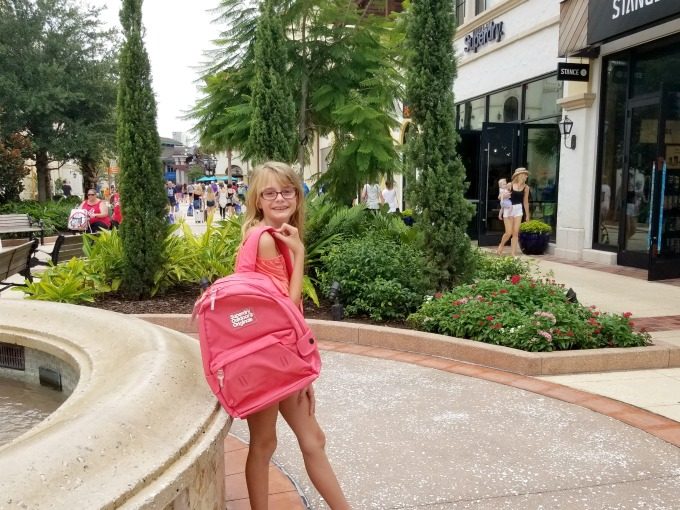 Next it was off to the Levis store. While she’s not a fan of jeans, Ashling loves denim shorts and it didn’t take her long to find a pair she wanted. I like this pair because you could roll them down to make them a little longer for school! 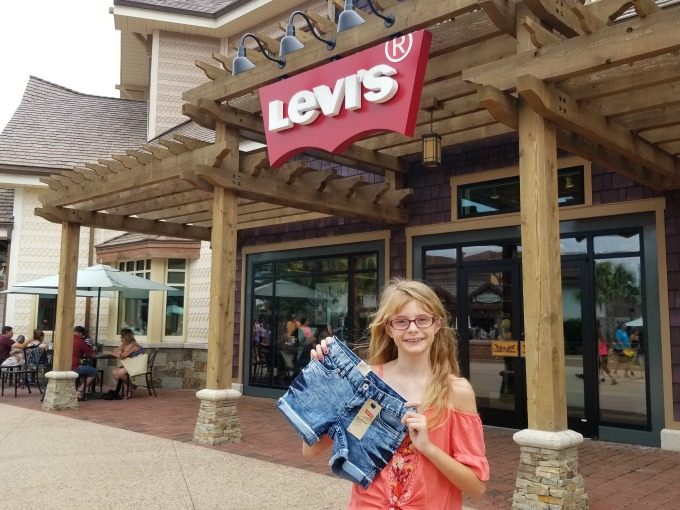 We wandered in and out of a few more stores until we got to Lilly Pulitzer. I LOVE Lilly Pulitzer but it’s always a little out of my budget. However, Ashling fell in love with a pink top and just had to have it. It wasn’t super expensive so I gave in and now Ashling has her first piece of Lilly Pulitzer clothing…one more than her mommy has!

Overall, it was a very successful trip and the girls were very excited about all their new loot! I have to admit…I was a little jealous! 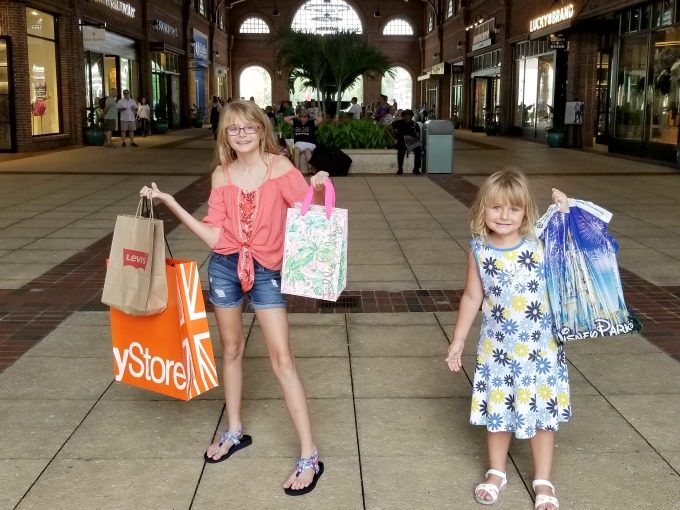 Our day didn’t end there, though! Now that our shopping was finished, it was time to have some fun and we had plans to go to Cirque Du Soleil’s La Nouba. Jon and I had gone last month for our kid free Orlando getaway and it was amazing. As soon as it was over, we’d looked at each other and thought the same thing…we had to bring the girls to this! 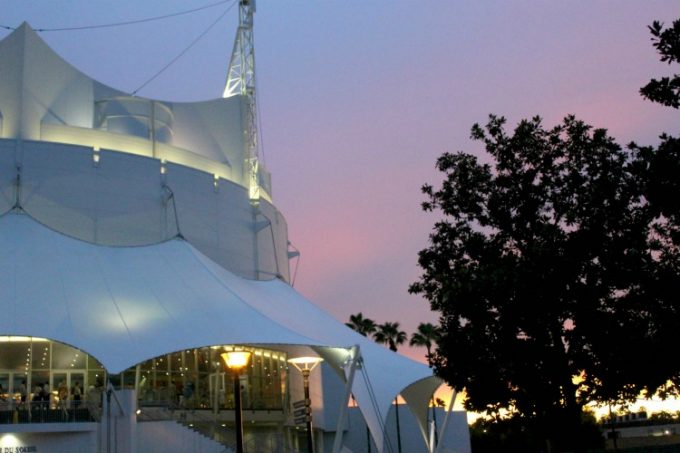 We knew they’d love it and we were right! I enjoyed seeing it again but I also loved watching the girls go back and forth between uncontrollable giggles for the clowns to the mesmerized stares as they watched the performers. Just like a typical five year old, when I asked Keira at the end what her favorite part was, she told me it was when the clown tooted. That kid! 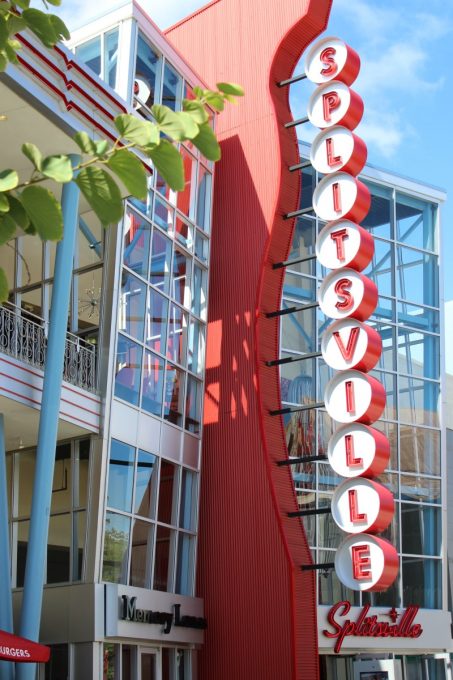 After Cirque Du Soleil, it was time for a little dinner and bowling at Splitsville. This place is unlike any bowling alley I’ve ever been to! The menu is full of choices like sushi, rice bowls and grilled salmon but they also serve pizza, burgers, sandwiches and salads. My first order of business was to order the Raspberry Lavender, a delicious cocktail made with rosemary and lavender vodka and muddled raspberries. 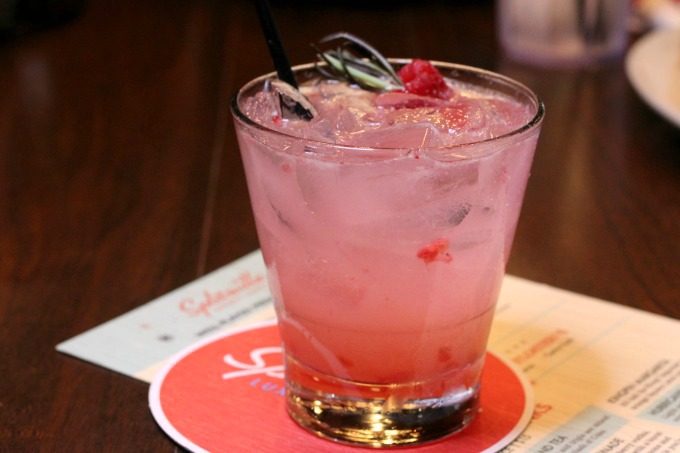 The girls go bowling with their grandma and grandpa occasionally but we’ve never gone together as a family. I was actually pretty surprised at how good the girls were. It was nice that there was a bumper that pops up or down depending on whose turn it was. It kept the kids from getting frustrated (though I probably should have used it too!). Keira had Daddy’s helped and loved conferring with him over what her strategy should be. 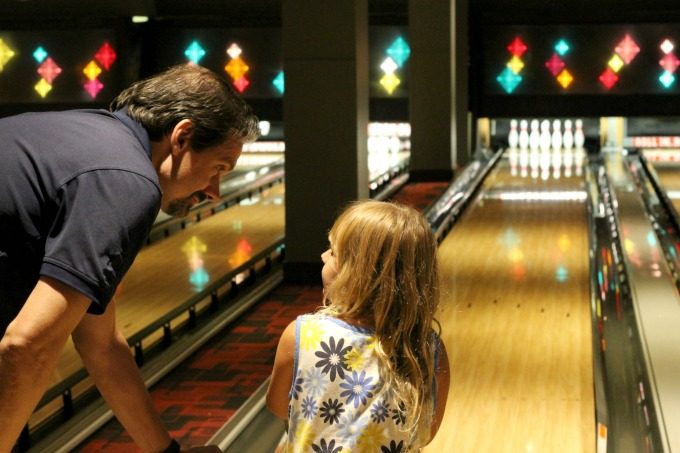 Ashling knew just what she was doing and didn’t need any help. 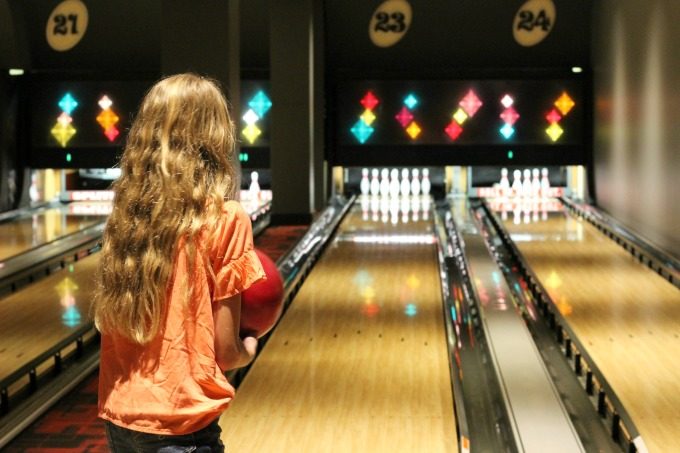 I, on the other hand, needed a lot of help! It’s been a few years since I’ve picked up a bowling ball and let’s just say that I probably could use some practice…a LOT of practice! Little Keira tried so hard to help me and had all kinds of great advice:

“Mommy, try to roll it down the middle.”

“You have to try to hit those pins, mommy.”

“Mommy, stop rolling it into the gutter.”

Despite the fact that even my five year old had a higher score than I did, it was a blast! Plus, losing isn’t so bad when you can drown your sorrows in this, right? 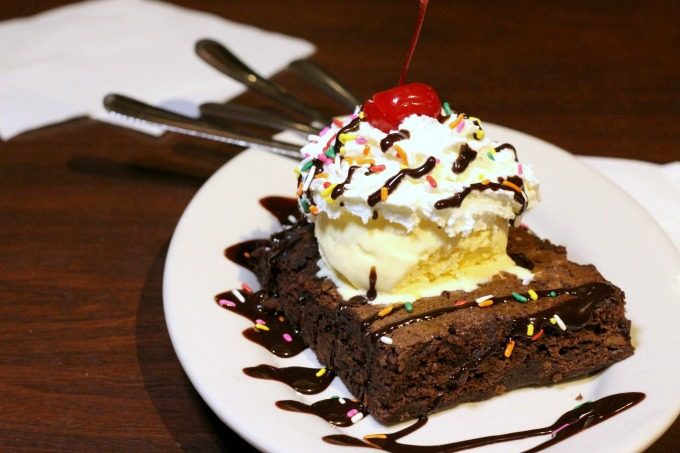 I’ve decided that we need a lot more bowling in our future. Partly because it made for such a fun family night and partly because I want to get good enough to actually beat someone!

Who knew that back to school shopping could be so much fun! Not only did we get some great outfits but we had an amazing family night too! I think we may just have to do this every year! 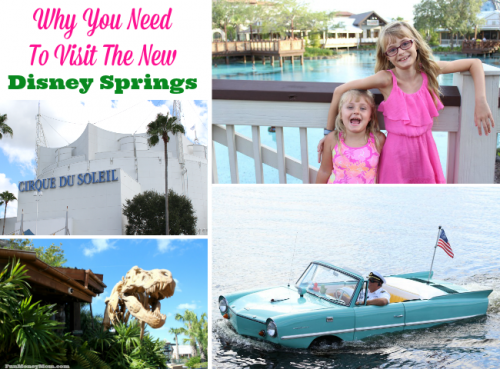 Why You Need To Visit The New Disney Springs 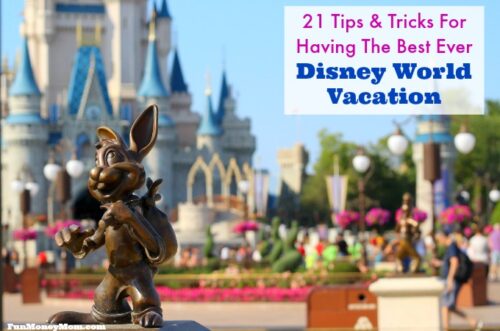 21 Tips & Tricks For Having The Best Ever Disney Vacation 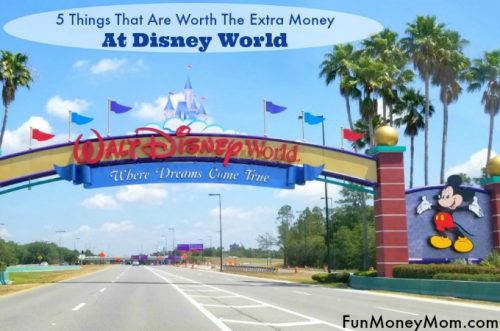 5 Experiences That Are Worth The Extra Money At Disney World

Previous Post: « 15 Of The Best Frozen Cocktails To Cool You Off This Summer
Next Post: How To Make Super Cute Cat Bowls »