Want to see a great show that’s fun for the whole family? Cirque Italia, the first ever Water Circus, will have you gasping in amazement one minute while laughing hysterically the next. Check out my Cirque Italia review to see why it makes for a great family night and find out if it’s coming to a town near you.

When I heard that Cirque Italia was coming to Palmetto, Florida, I jumped at the chance to go. I’ve seen several Cirque shows and the performances never cease to amaze me. I have no idea how they do the things that they do but it sure is fun to watch!

One reason we were looking forward to Cirque Italia is because it has something that none of the other traveling shows do…a state of the art water curtain. As the water falls down to the lagoon below, audience members see words and patterns in the droplets. Combined with talented acts from around the world, I knew it would make for a unique show.

Since hubby had to work, the girls and I made a girls night of it and they were just as excited as I was. They’d already seen one Cirque show and while all the shows are different, we knew it was going to be a fun night! 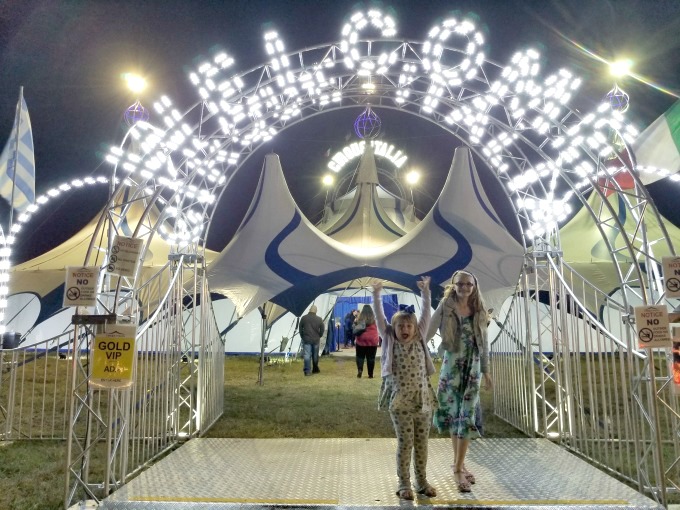 The first thing we did was stop by the concessions stand because we never go anywhere without buying the biggest bucket of popcorn we can get! 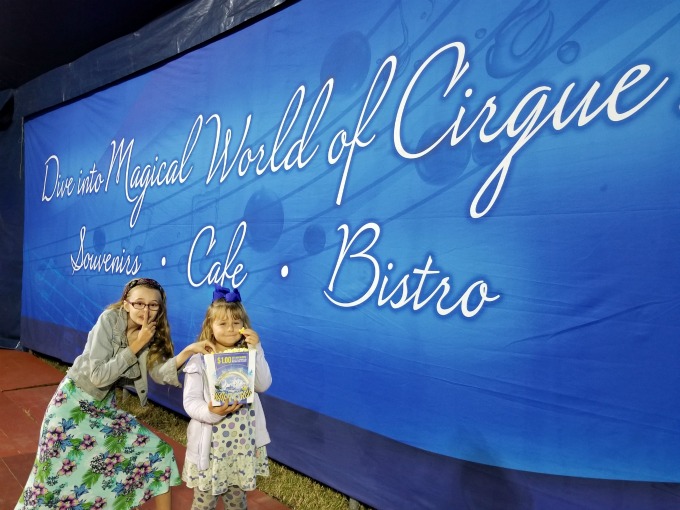 We found our seats and waited for the show to begin. Of course, it wouldn’t be a Cirque show without clowns and these guys had my girls (and the entire audience) laughing hysterically! 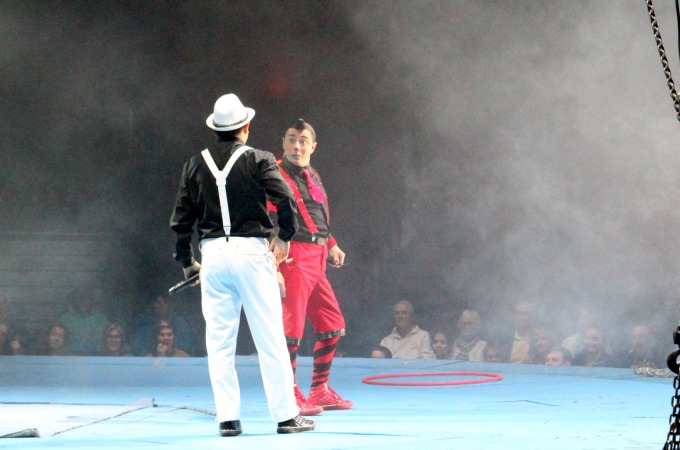 I loved the effect of the water curtain surrounding the acts as they performed. It took the show to a whole new level.

Each performer is unique in his or her own way and the variety of acts is part of what makes these shows so great to watch. 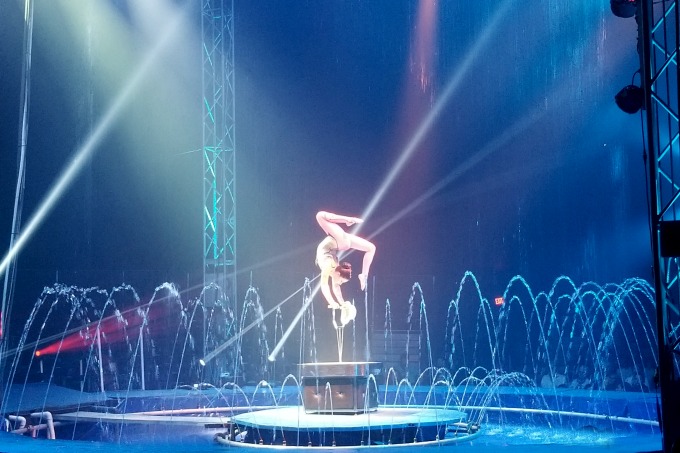 My five year old was totally in awe of this guy! Every time he added a new piece of equipment to stand on, she went nuts. I think I heard “MOMMY, did you see that?!!” every two seconds for his entire performance. She was completely mesmerized. 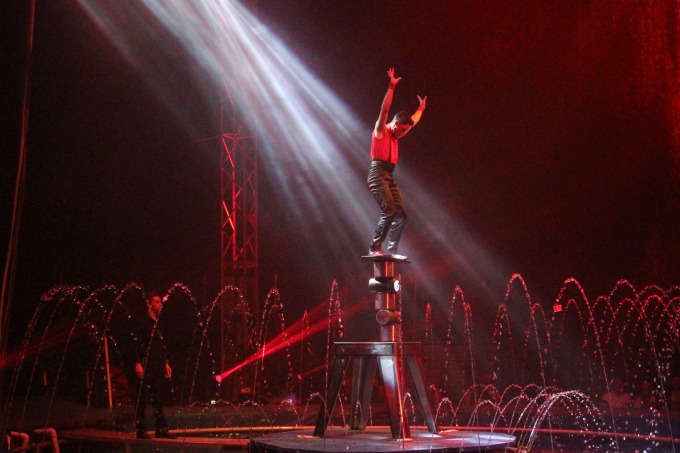 The performers really are amazing. Each one was so much fun to watch, especially with the added backdrop of the water. 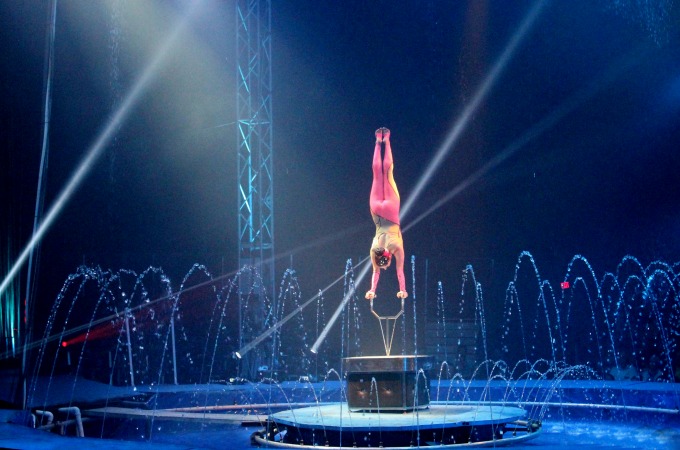 This wheel of death performance had the crowd oohing and ahhing. Yes, he’s jumping rope way up there! This guys has absolutely no fear and was one of our favorite acts. 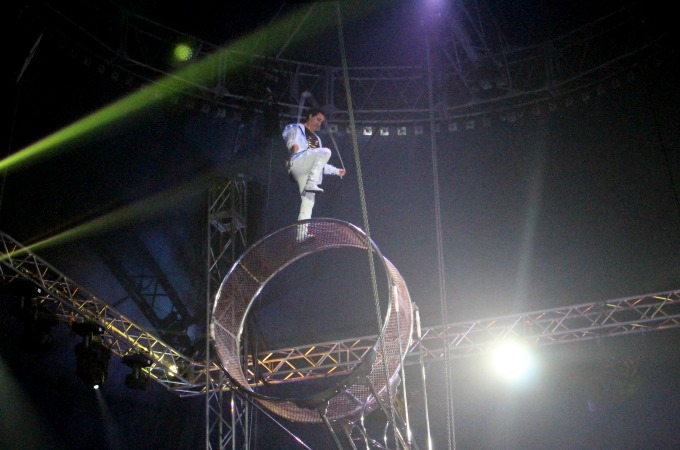 One thing that we totally did not expect to see was a dinosaur. It was so lifelike that I had to remind Keira that dinosaurs aren’t real…at least, not anymore. If you have an extra $10, you can even have your picture taking with the dinosaur during intermission. 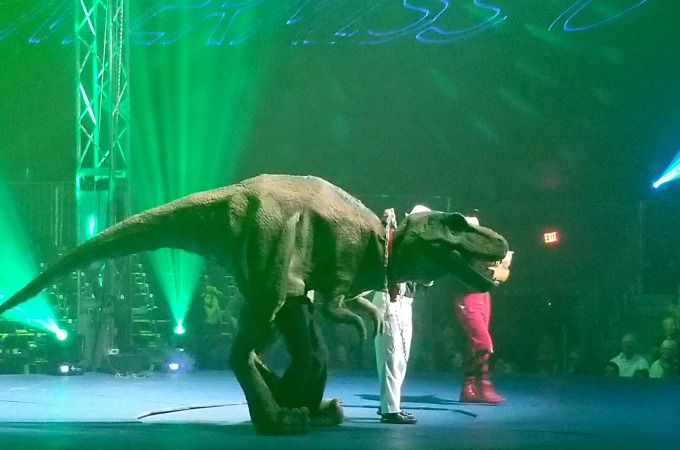 I always find the aerial performances breathtaking. The performers are elegant and graceful and this one had us captivated. 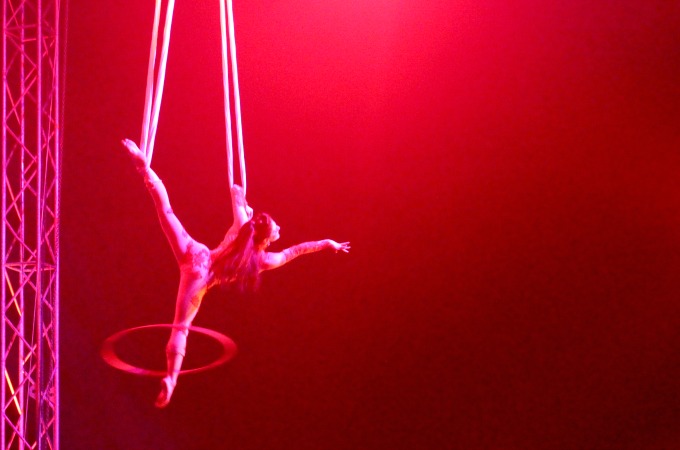 Every circus should have a guy on a unicyle, right? I don’t think this guy has any idea what the word gravity means! 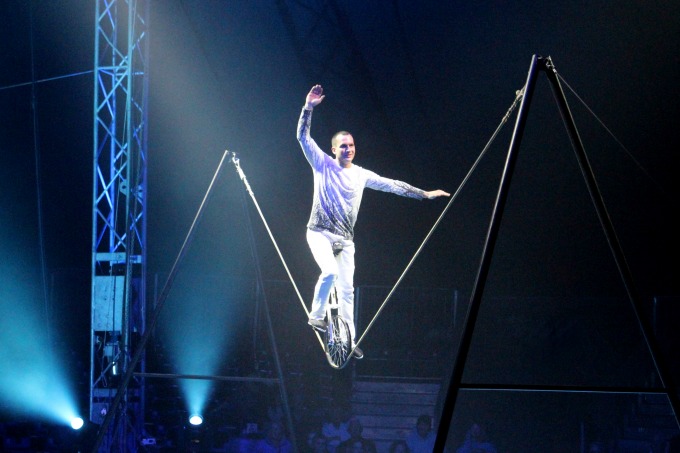 My daughters loved that there was a mermaid and this was another one of their favorite acts of the night.

This guy! I’ve never seen anyone bend like into the shapes that he did. It was crazy and brought even more oohs and aahs from the audience. 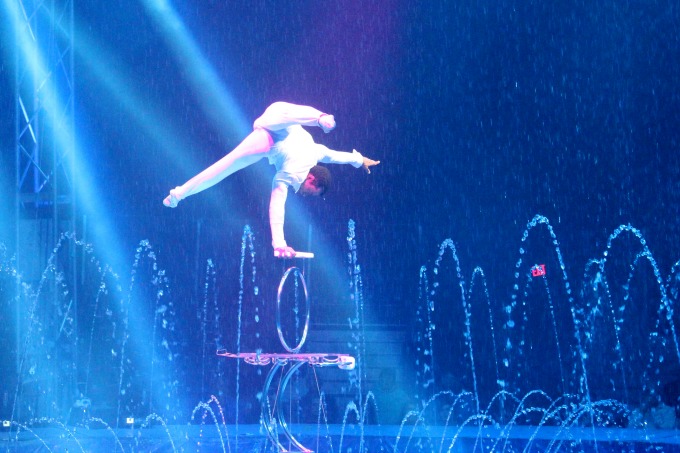 I never saw tricks like this in the skating rinks I used to go to as a kid! This performance was really cool and a lot of fun to watch! These girls looked like they could fly away at any moment. 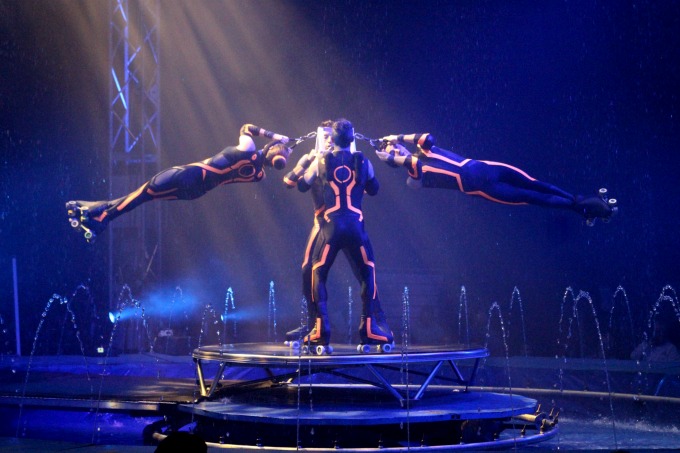 The girls and I loved the show and it gets a big thumbs up from all three of us. It’ll be touring throughout Florida for the next few months and you can catch it in Palmetto, West Palm Beach, Sanford and Jacksonville (there’s also a second show touring Texas). Ticket prices range from $10-50, depending on availability. The best part is that it won’t break the bank because you get one free child admission with every full priced paying adult in levels two or three.

Tickets can be purchased online, by phone or at the box office. You can find out more about the show and the tour dates on the Cirque Italia website or by following them on Twitter, Instagram and Facebook. 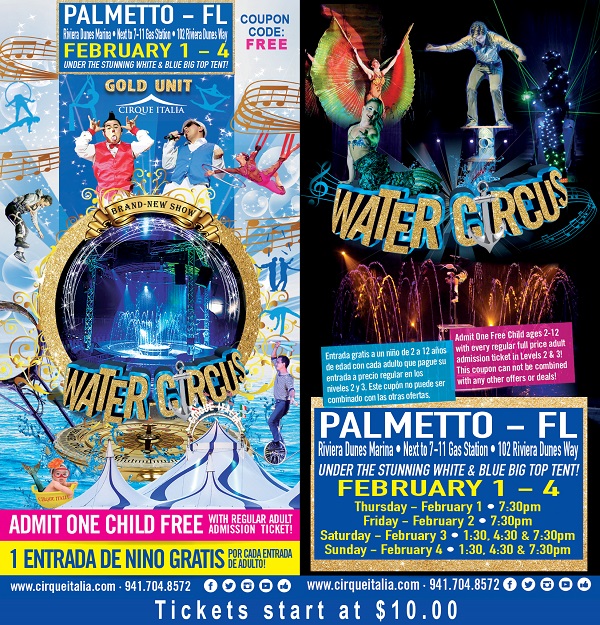 Have you been to a Cirque show before? What did you enjoy most about it?