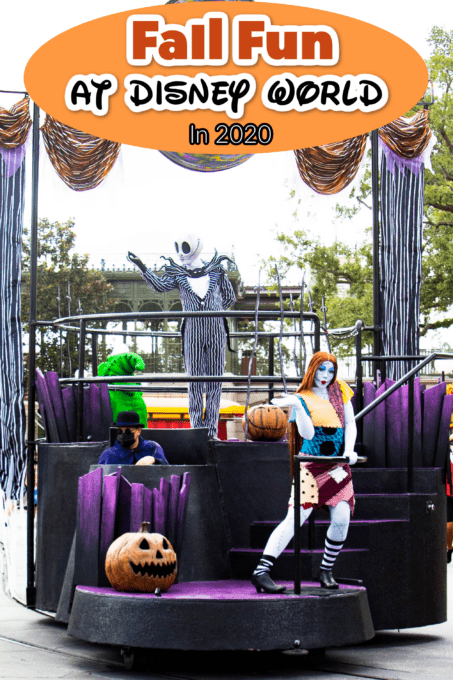 Ready for some fall fun at Disney World? From deliciously spooky treats to Halloween themed character cavalcades, here’s why you won’t want to miss a trip to the Magic Kingdom this fall!

Thanks so much to Disney for hosting me and my family so that we could discover all the fall fun that the Magic Kingdom has to offer!

I love visiting Disney World any time of year but there’s something about fall that makes it even more fun. As soon as we walk in and spot the Mickey Mouse pumpkins up and down Main Street, we’re totally in the mood for some Halloween fun!

Things are a little different this year without Mickey’s Not So Scary Halloween Party but Disney is just as magical as ever. From Pumpkin Spice drinks and treats to spotting the Jack Skellington and Sally cavalcade, there’s still plenty of fall fun to be had at Disney World!

Here’s what you won’t want to miss…

One of my favorite things about the “new” Disney is the character cavalcades! These are like mini parades through the park, but instead of multiple floats, it’s just one at a time.

It’s hard to pick a favorite but you’ve got to love the Disney villains! My youngest daughter had told me about this one (we’d split up while she and my hubby went to eat) so I was totally on the lookout for it. Do you see your favorite villain?

I think what I like most about the cavalcades is that you never know who you’re going to get. We were excited to see Mickey, Minnie and Pluto dressed up in their best Halloween costumes.

The Disney princess cavalcade was one of my favorites too! All the princesses were there and even Cinderella’s fairy godmother makes an appearance.

The days of waiting in line to meet the princesses are gone. Now we can see them as we stroll down Main Street.

Wait a few more minutes and Winnie The Pooh and friends may just show up!

Disney’s even added a few special character cavalcades just for fall! I was SO excited when I saw Jack Skellington along with Sally and Oogie Boogie rolling down the street.

It’s usually pretty hard to get close to him when he makes his fall appearances. My girls are never patient enough to wait in the long lines for a photo so it’s great to be able to see them this way.

Oogie Boogie was there too!

There are no set times for the cavalcades but they happen regularly throughout the day so be on the lookout.

If there’s one thing Disney fans love, it’s the food. I mean, is it even a trip to Disney if you haven’t had a Mickey pretzel or Dole Whip?

There are plenty of new fall foods to celebrate, starting with a Mickey Cinnamon Roll from the Main Street Bakery. It’s huge, almost the size of your head, so you’ll definitely want to share.

You can also get Cinnamon Donuts served in a Hitchhiking Ghost container, Hades Nachos and my favorite, Constance’s For Better Or Worse Wedding Cake, complete with chocolate ax!

I think may be the only person on earth that doesn’t love pumpkin spice treats but if you’re one of the gazillions of people that do, you’re in luck. You’ll find Pumpkin Spiced Waffle Sundaes, Soft Served Sundaes and milkshakes.

Here’s where you can find all the fall treats in Magic Kingdom:

You can also get these fun sippers and popcorn buckets at various quick service restaurants and popcorn carts:

There’s even more to choose from when you visit the other parks and I’ve got my eye on the Frozen Apple Cider at Hollywood Studios (the adult version of course)!

This is where I always get myself into trouble…I want everything! Disney always has the cutest merchandise and this Halloween is no exception!

We never leave without souvenirs and this year we found some that were both fun AND functional. You can never have too many masks and these Mickey and Minnie themed ones were perfect. My eight year old was all about the light up necklace and loved that there were so many different twinkle settings to choose from!

If there’s another thing I can’t have too many of, it’s Minnie ears. I already have so many but I really want these cute Candy Swirl Minnie Ears. Unfortunately they wouldn’t fit over my Princess Leia buns but they’re definitely at the top of my must-have list for Halloween.

There are also lots of new super cute Disney clothes to choose from (is it bad that sometimes I “forget” to bring a sweatshirt so that I’ll have to buy a new one?

Check out the Disney shops for new Disney Villains clothing, Loungefly backpacks and more. I’m all about these Halloween leggings…and I already have a matching mask!

My kids, especially little Keira, are all about the toys and this Mickey Halloween plush was a favorite.

If you’re shopping for someone special, you can never go wrong with a gift card! Disney’s newest gift cards are pretty cool and you can choose from Baby Yoda, Avengers, Moana and more.

Their Disney Villains gift card is just in time for Halloween and you don’t even have to go to Disney to get it! You can pick them up in denominations from $25-$500, straight from ShopDisney.

We may have to wait until next year for Mickey’s Not So Scary Halloween Party but that doesn’t mean we can’t still have all the fun decor.

There are colorful wreaths and fall leaves everywhere, including the Main Street Station where The Cadaver Dans were performing.

You definitely know it’s fall when you see Mickey Pumpkins on all the lampposts from the start of Main Street down to the castle.

If you think it looks pretty during the day, just wait until you see the pumpkins at night. I have a lamppost in my yard…wish I could decorate it with one of these!

It’s not fall at Disney without costumes! It took us awhile to come up with a family themed costume that we could all agree on. One of my girls wanted to be the Incredibles but I can’t pull off a unitard, especially in broad daylight!

Then we were going to be princesses, with hubby as a handsome prince. However, my oldest couldn’t find a princess dress she wanted to wear. We had the same problem a few years ago too…and Ashling had a mind of her own!

After throwing around a gazillion choices, my girls decided on Star Wars. Ironically, it was my original choice but my girls had vetoed it. They liked it much better when it was their idea (so I just let them think it was)!

I was thrilled because I’ve secretly always wanted to be Princess Leia anyway!

It was so much fun finally going back to Disney again! It really is my happy place and I think I missed it even more than the girls (though they were thrilled to be back too).

If you’re wondering what it’s like to go to Disney World during a pandemic, it is a little different than it used to be. You can get all the details in this What To Know Before You Go post but this video below gives a sneak peek at how Disney is keeping everyone safe while we’re experiencing the Disney magic!

Where To Stay At Disney World

Nothing beats staying at a Disney resort and we were thrilled to stay at the Contemporary Resort for this visit.

Being able to see Cinderella’s Castle and Space Mountain from the observation deck was pretty amazing but we really just couldn’t stop watching the monorail come through the building. Not only was it super cool but definitely can’t beat the convenience of being just one monorail stop away from the Magic Kingdom!

The Contemporary Resort has lots more to offer than just the monorail. There’s a post in the works about the Disney resorts and the different things that each one has to offer. I have a clear cut favorite and can’t wait to share, so stay tuned!

There’s nothing like a trip to Disney and even in 2020, it’s still just as magical as ever. In fact, after the craziness of this year, a little fall fun at Disney World was just what we needed!

Have you been to Disney World in the fall? What’s your favorite thing about visiting this time of year? 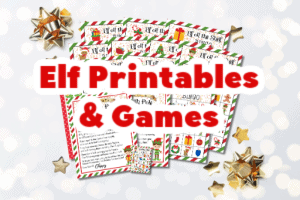 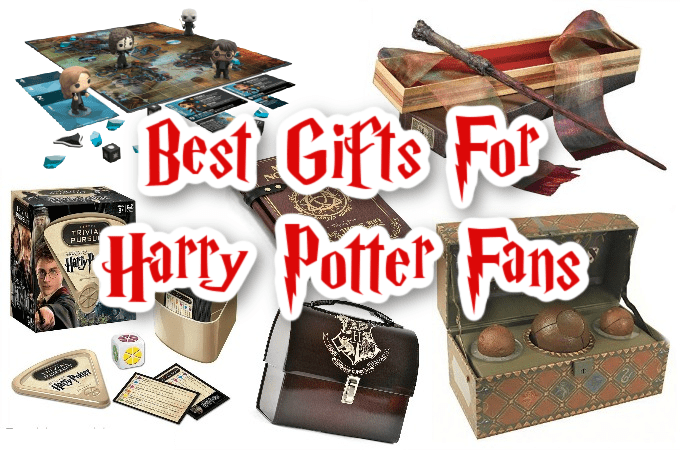 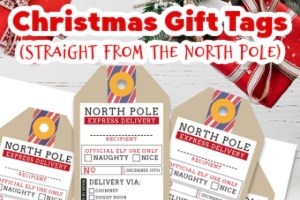