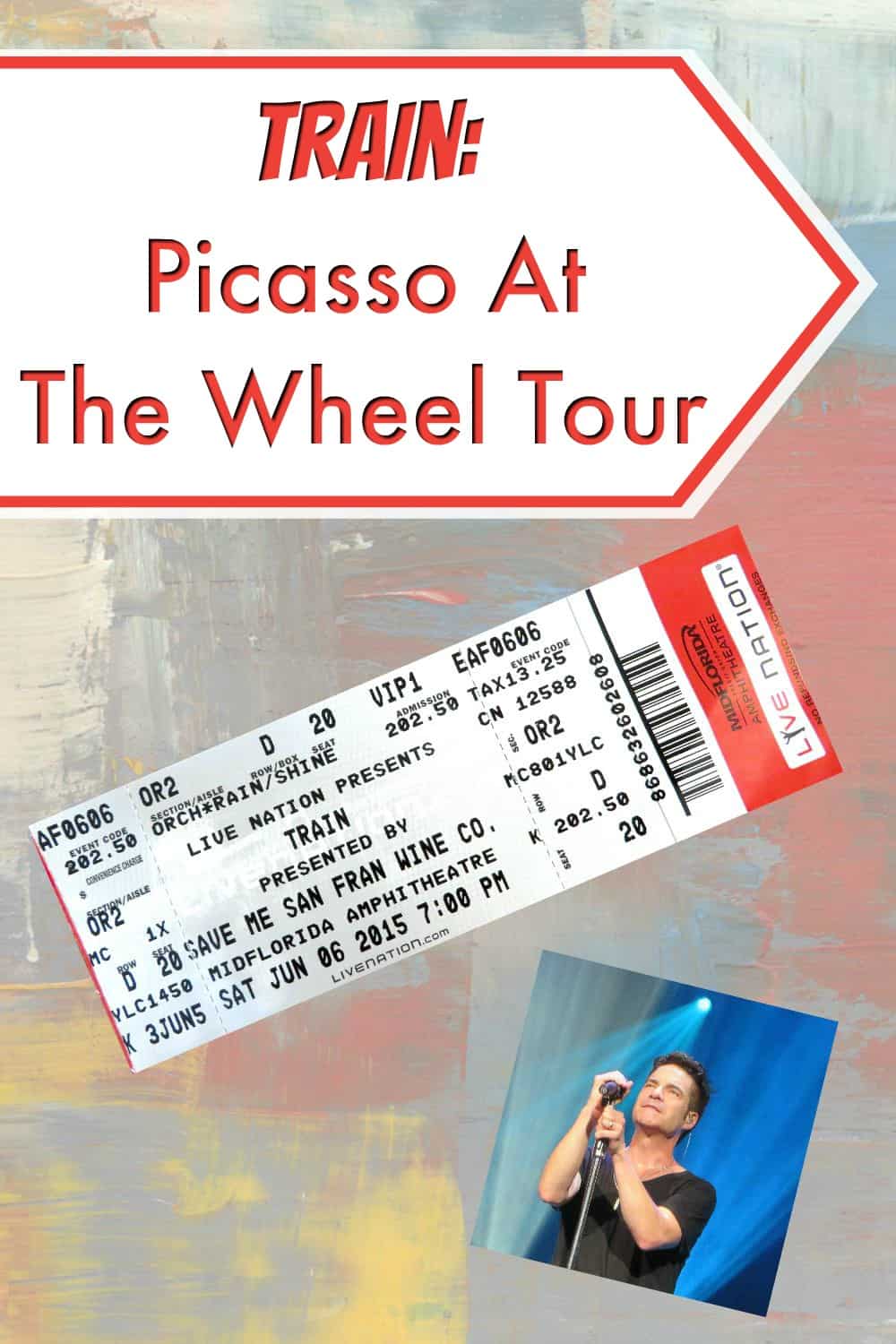 I love concerts…always have! I don’t go to nearly as many as I used to because ticket prices have gotten seriously out of control. I saw Elton John years ago for $25 dollars…and those were the good seats! I’m not sure what’s happened since then but until that money tree starts sprouting in my backyard, I’ve had to become a little pickier about my choices. However, when I heard that Train was coming to town, I told my hubby to get his wallet out (lucky for me he didn’t mind because he’s a fan too).

I’ve always liked Train’s music but really jumped on the bandwagon when I heard 50 Ways To Say Goodbye. If you’ve never listened to the lyrics, you should…you’ll get a good laugh! It’s about a guy whose girlfriend breaks up with him but he’s too embarrassed to tell his friends.  Instead, he makes up a series of lies about how she (supposedly) died…she gets eaten by a lion, is run over by a crappy purple scion, and my personal favorite, she dances to death in an East Side night club! If that’s not enough, “The Hoff” himself makes an appearance in the music video.

When I started listening to more of their music, I realized that Pat Monahan writes amazing lyrics. Some are funny, some soulful and they are all just really great songs. The more I listened, the more Train became my favorite band! Even my 3 year old likes them…well, when we’re not listening to Disney songs.

The day tickets went on sale, my hubby and I set up dueling computers (much like dueling pianos) to see who could get the best seats. He won and scored VIP seats in the 4th row! They weren’t front row but it was the next best thing (okay, the fourth best thing) and I was pretty excited! On a side note, can you even get front row seats anymore? Back in “the olden days” (does that make me sound like an old lady?) you could get up at the crack of dawn and wait in line at the record store but I don’t think it’s even possible to buy them anymore.

The day of the show finally arrived!  We got there early and since we were staying within walking distance, I was able to enjoy a little Train wine before the show.  If you didn’t know, they also have their own wine label and the “Hella Fine” Merlot really is hella good! 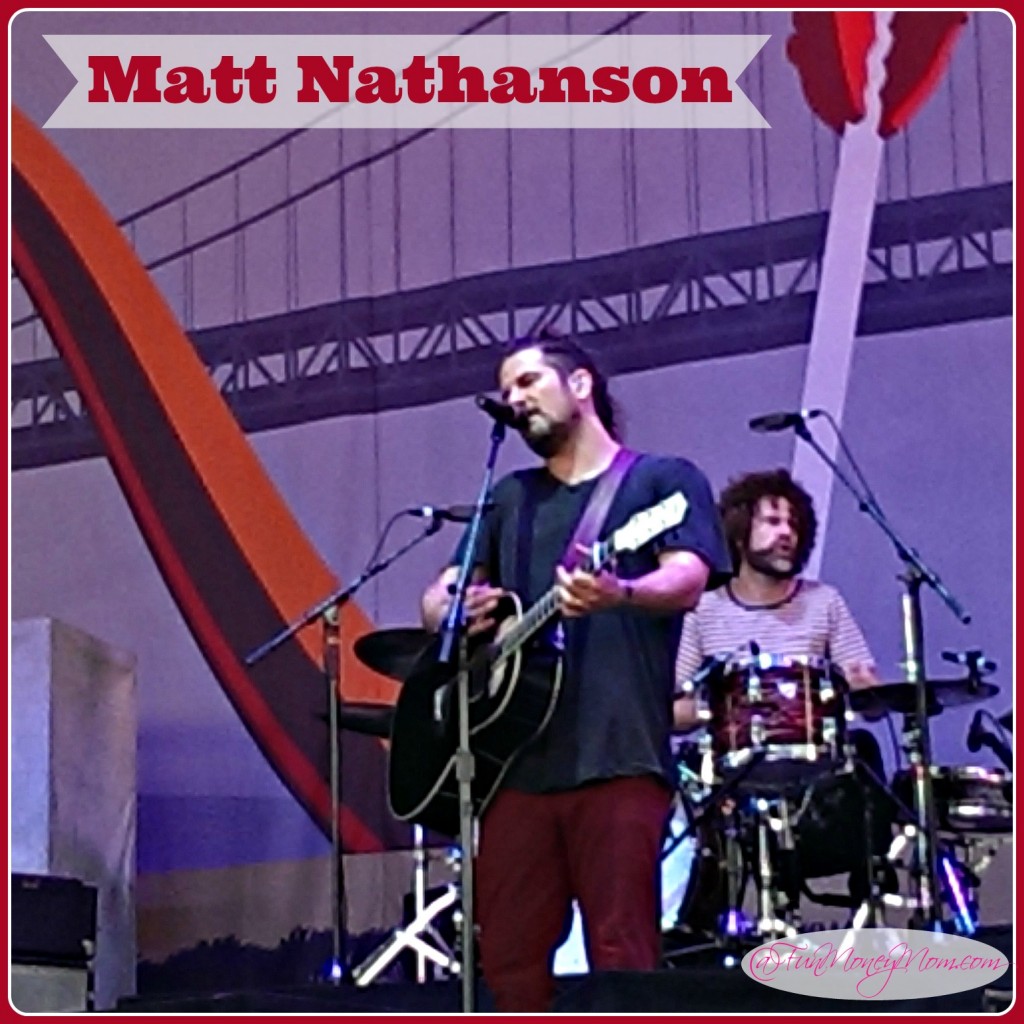 There were two opening acts, the first being Matt Nathanson. I’d never seen him before and only knew one of his songs but he put on a fabulous show! He was beyond entertaining and interacted with the crowd the entire time.  Not only that, he could give Elvis a run for his money in the hip shaking department! His finale was an awesome mash-up of his hit song Come On Get Higher with You’re The One That I Want from Grease. It was about as original as it gets and everyone in the audience had a blast singing along!  I love a guy who’s not afraid to get his Grease on! 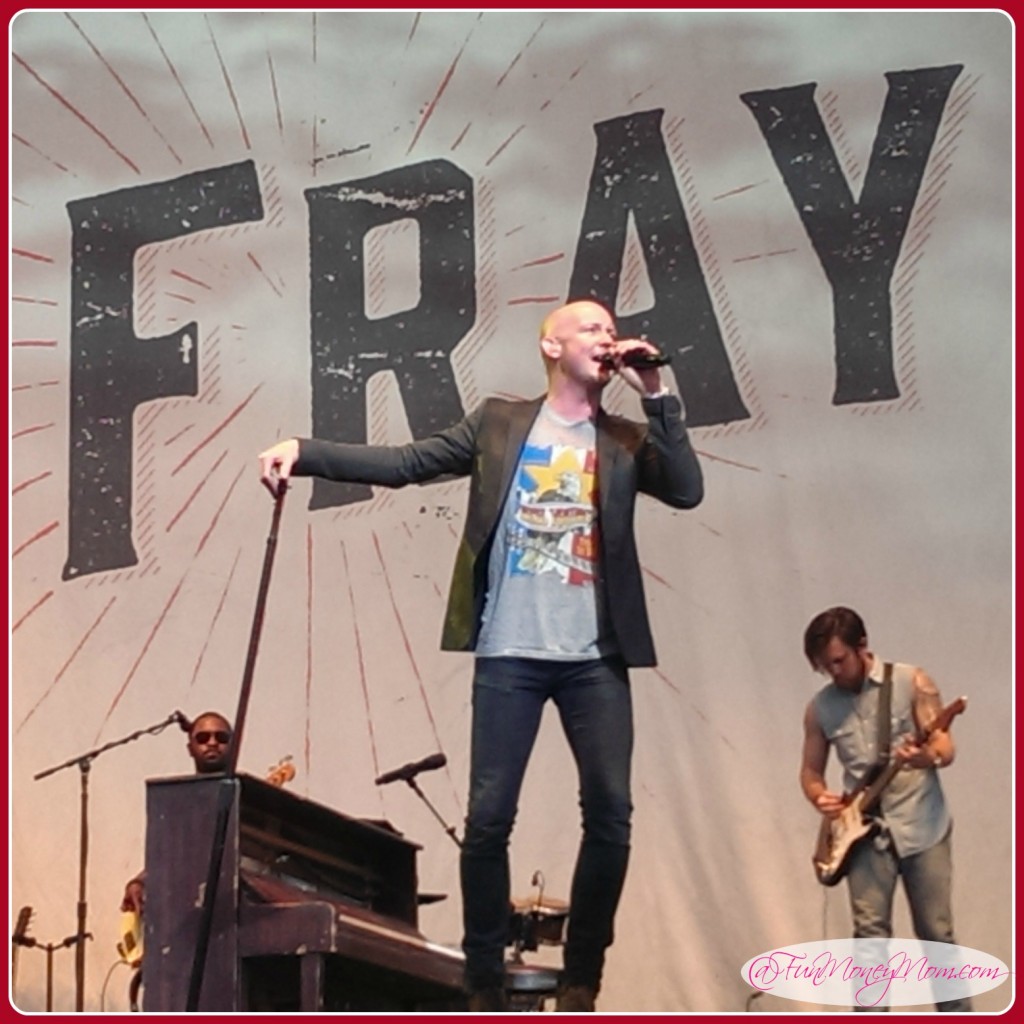 Next up was The Fray. I do like some of their songs and Isaac Slade is a great singer but I just couldn’t really get into their performance. Isaac didn’t interact very much with the crowd and the energy level just wasn’t very high. I do admit that it had to be difficult to follow a great act like Matt Nathanson and I also liked their cover of Take On Me by A-ha, so I’ll award bonus points for that.

Finally it was time for the main event and Train did not disappoint! They sang a few songs from their new album (which is great) but Pat Monahan knew what everyone really came to hear! He broke out some of their early hits such as Free and When I Look To The Sky, songs that weren’t in the rotation during their last tour. I loved hearing my all time favorite, Save Me San Francisco! That is my “crank it up and sing in the car at the top of my lungs” song!

The crowd really went wild whenever they played their biggest hits: Meet Virginia, Hey Soul Sister, Drive By, If It’s Love, Drops Of Jupiter and of course the song that started it all for me, 50 Ways To Say Goodbye. I love the concerts where everyone knows the words to every song and this show was one big sing-a-long! 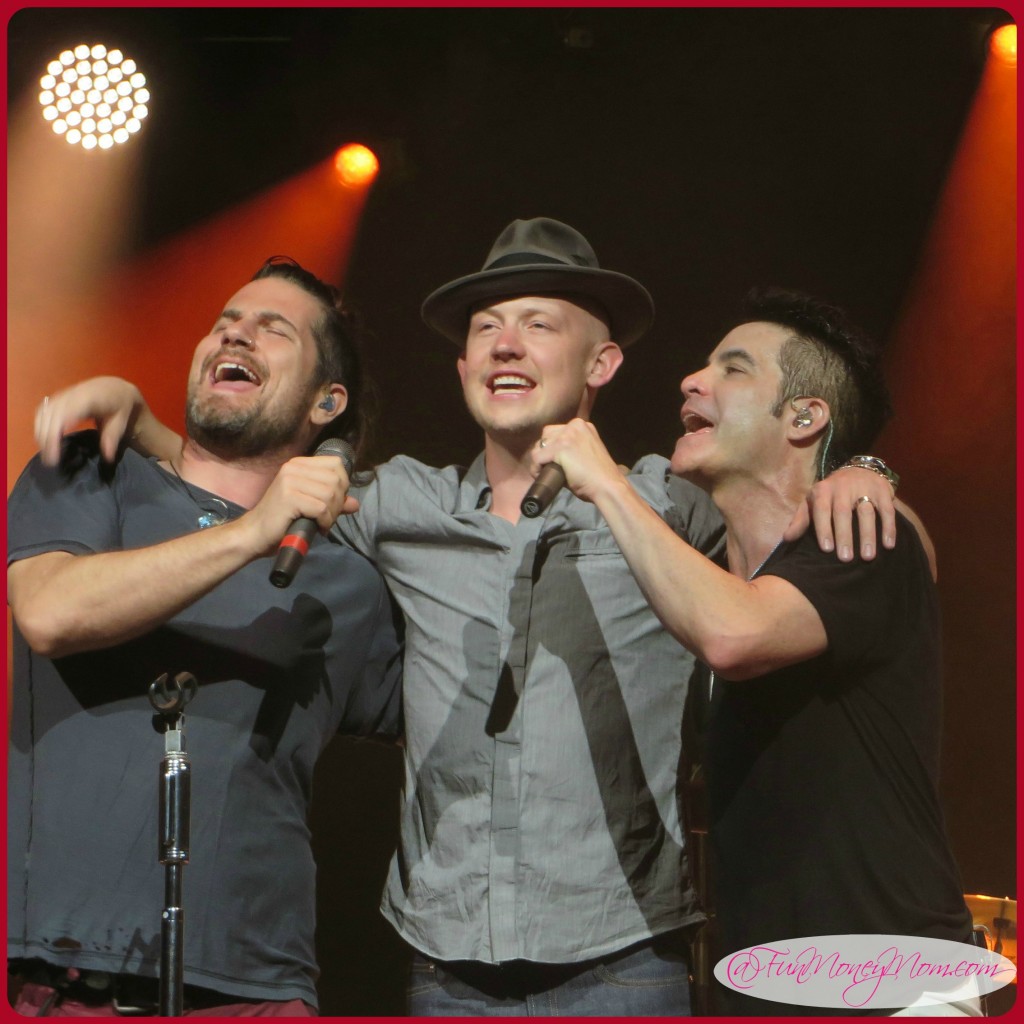 Pat also continued his tradition of inviting the opening acts onstage to do a song together. Matt Nathanson and Isaac Slade came out and they performed The Beatles’ With A Little Help From My Friends…so fun and you can tell that they were all genuinely having a great time! My favorite cover of the night however, was Pat singing Aerosmith’s Dream On.  It was incredible and he hit every note!

There was a lot of interaction with the audience and you can just tell that Train is a band that truly loves performing. Pat and guitarist Jimmy Stafford are the only original members left but everyone in the band is amazing! One of the backup singers had a solo singing George Michael’s Freedom ’90 and I’d give anything to be able sing like her!

Of course, Pat is the true star! He can really belt it out and when he slows it down for songs like Calling All Angels or Marry Me, you can tell he’s feeling it! Though all good things must come to an end, I’m now trying to convince my husband to take me to the ultimate Train concert, the Sail Across The Sun Cruise. Not only does Train perform (along with many other musicians) but it’s also a wine festival…how can he possibly say no to that? So far he’s not saying much about it but I still have some time to convince him!