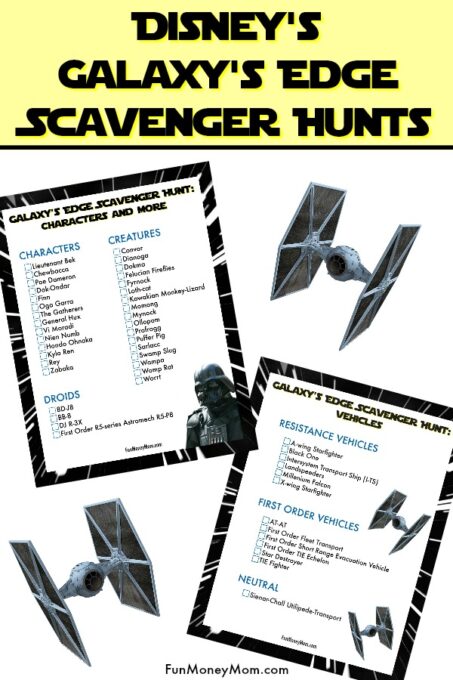 Planning a trip to Disney? Print these Galaxy’s Edge Scavenger Hunts before you go and have fun seeing how many Star Wars characters and vehicles you can find! 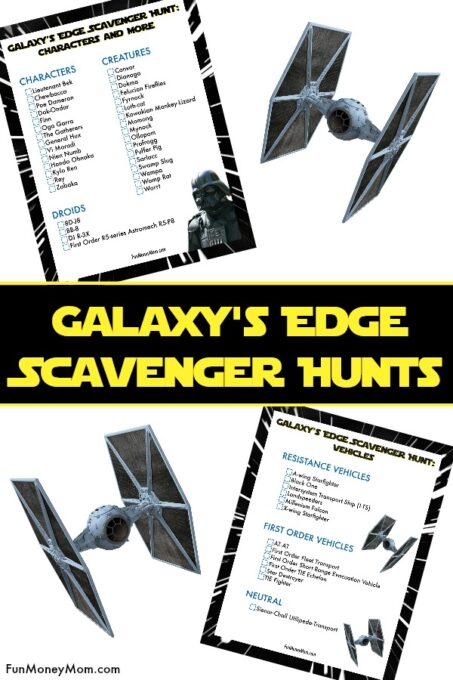 Thanks so much to Disney for inviting me to experience Galaxy’s Edge and get a sneak peek of the new Rise Of The Resistance!

Yes, it’s every bit as epic as you’ve heard! I’m talking Galaxy’s Edge at Walt Disney World. After months of hearing about how amazing it was, I finally had the chance to check it out for myself and I truly felt as if I’d stepped right into a Star Wars movie.  From the Star Wars themed drinks at Oga’s Cantina to the full scale replica of the Millenium Falcon, it’s a truly immersive experience. 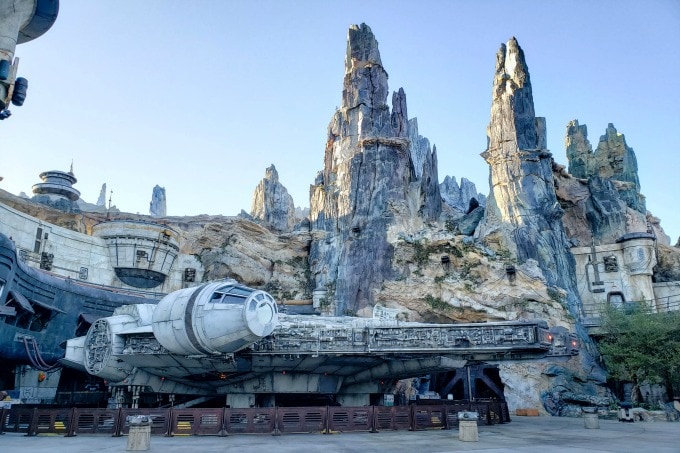 Then there are the rides! The first to debut was Smuggler’s Run. With the option to be pilot, engineer or gunner, it’s a different experience every time. This ride is tons of fun and if you get the chance and if you can do all three, go for it. I had fun with all of them but the pilot seat was definitely my favorite.

Even better was Rise Of The Resistance. It’s now open in Hollywood Studios in Disney World and opening in Disneyland on January 17th 2020. It’s crazy cool and puts you right in the center of the action. I even got the chance to talk about my experience on Sarasota’s Suncoast View.

Here’s a snippet to get you excited…

Of course, it wouldn’t be Batuu without our favorite characters from the Star Wars movies. Originally I was just going to list them for you but isn’t a scavenger hunt so much more fun? I’ve put together a list of all the characters that you can find throughout the park. Print it out and see how many you can spot while you’re there… 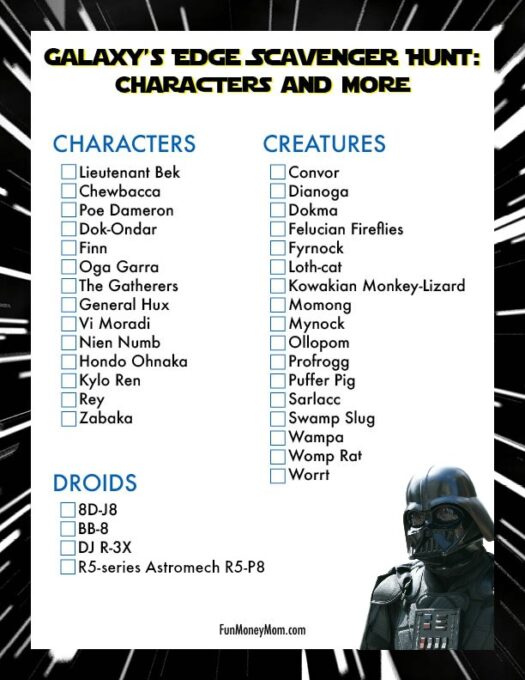 Because some of these are easier to find than others, I’ve even made a cheat sheet in case you get stuck. It gives you the general location for finding each of the characters. 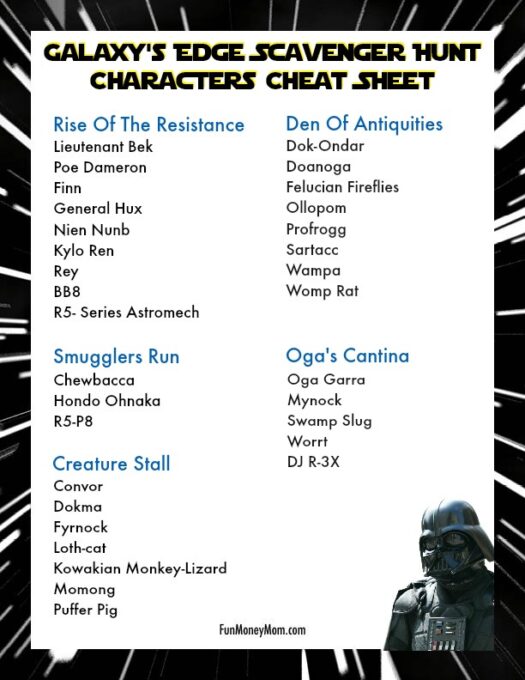 When I realized how many Star Wars vehicles were scattered throughout Batuu, I thought I’d make a Scavenger Hunt for those too. Some are pretty easy. For example, the Millenium Falcon is a pretty big gimme. You may have to look a little harder for some of the others though. 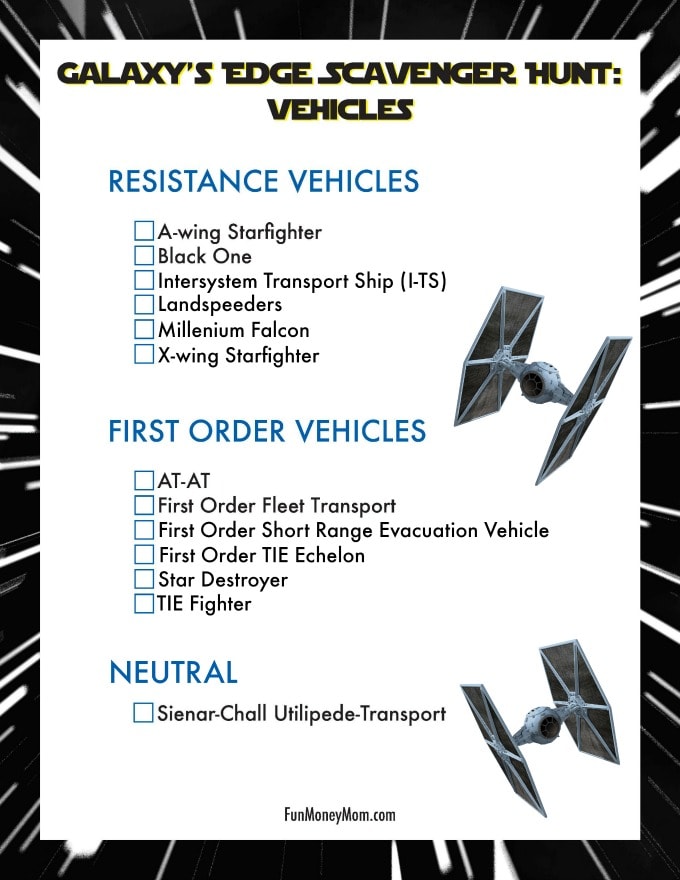 It’s only fair that you get a cheat sheet for this one too. Since a lot of these vehicles can be found at Rise Of The Resistance, they get their own section. 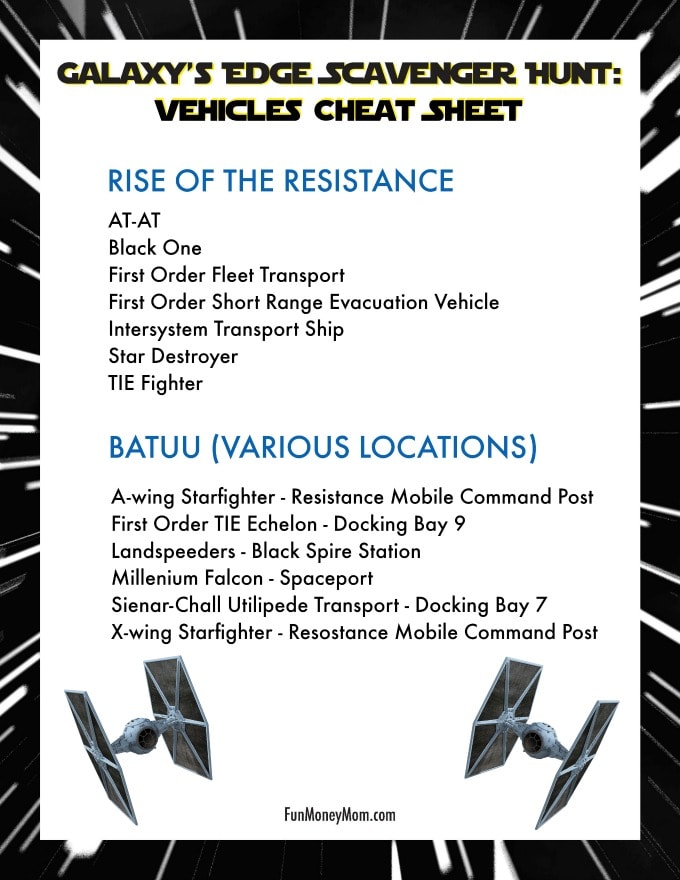 Now I need to go back to see if I can find them all (and check them off my list)!  Have you been to Galaxy’s Edge yet? What was your favorite part of Batuu?

Planning a visit soon? Get the scoop on Rise Of The Resistance… 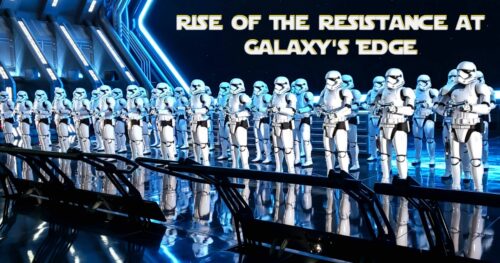 Rise Of The Resistance at Galaxy’s Edge