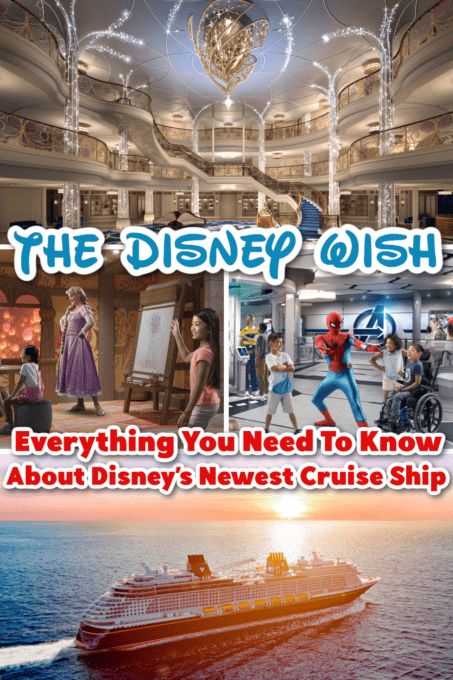 When you wish upon a star…you may just end up on a Disney cruise. If you’re really lucky, you’ll find yourself setting sail on Disney’s newest ship, the Disney Wish!

When Disney sent me a special gift box to celebrate the preview of their newest cruise ship, the Disney Wish, I was excited. It’s like Christmas when a gift box from Disney shows up on my doorstep.

I had just seen the preview of the shop and this was icing on the cake! Just take a look at all the cool stuff that was inside. I even got my very own Disney Wish replica!

Even better, it included magical ingredients like blue tea powder, lemon powder and golden sugar crystals. They were just what I needed to make this very Disneyesque Enchanted Elixer.

It was perfect for toasting this new cruise ship! When I learned that Disney was adding a new ship, it was a given that it would be amazing. It was Disney, after all. However, nothing prepared me for this!

After seeing the preview, it was clear that the Disney Wish is their most magical cruise ship yet. It goes above and beyond and takes the cruising experience to a whole new level! I literally ran into the next room to tell my husband that we HAVE to book this cruise. The Disney Wish may not set sail until Summer 2022 but early bookings begin on May 17th and general bookings start May 27th. Next summer may seem like a long way away but good things are worth waiting for, right?

I’ve been on my fair share of Disney cruises so I know firsthand why they’re at the top of all the “best of” lists. There’s nothing like it and you can feel the magic from the minute you climb aboard. However, this time Disney has truly outdone themselves.

From one of a kind dining experiences to Disney’s first ever attraction at sea, the only part of this cruise you won’t like is the part where you go home! Here are just some of the things you’ll love about the Disney Wish…

Disney always does a gorgeous job with the Grand Hall on each ship. However this one has evolved into something more magical than ever. Instead of a fairytale gathering space, it’s more of a theater atmosphere, with the first ever atrium stage and even built-in special effects. Interactive entertainment will bring the Grand Hall to life, with guests playing a part too.

Whether you plan to chill poolside or see a show, there are plenty of things to do on a Disney Cruise!

Aquamouse – Disney imagineers have created the Aquamouse, the first ever Disney attraction at sea. You’ll get show scenes, lighting and special effects as you zoom high over the ship in 760 feet of winding tubes!

Pools – With six pools spread out over tiered decks, this cruise ship has more pools than ever before!

Toy Story Splash Zone – Little ones will love the Toy Story themed water park! They can have fun in the wading pool, play in the splash zone and slide down the family waterslide to their heart’s content!

Walt Disney Theater – It’s not a Disney cruise without elaborate Broadway style shows. They’re a must-see and this ship will be featuring Aladdin as their main show. Look for me and my girls in the front row of this one!

Luna and Hero Zone – If you’re looking for family fun, you’ll find it at Luna and Hero Zone! Entertainment will include live shows, interactive programs and game show challenges. I can already feel my competitive side starting to come out!

Wonderland and Never Land Cinemas – If you’re in the mood for a movie, you can visit these theaters to check out classic and first run films from Disney, Marvel, Pixar, Lucasfilm and more.

One of my favorite things about a Disney Cruise is that the food is just SO good!!! Not only that, the dining experiences are unlike any other! On past trips, we’ve dined while chatting with Nemo, listening to Tiana perform and even creating our own animated projects.

Worlds Of Marvel – I was late to the MCU party but after my girls talked me into a Marvel marathon last year, I became totally obsessed! That’s why this is the dining experience I’m most excited about!

Not only does Worlds Of Marvel have an MCU theme but guests are actually part of the action! Join some of your favorite Marvel characters for an action packed Avengers mission that unfolds as you dine from a Marvel inspired menu.

Arendelle: A Frozen Dining Adventure – While I love the Marvel characters, I’m a Disney princess at heart and can’t wait to check out this Frozen themed theatrical dining experience. Immersive live entertainment transports you to the enchanting world of Arendelle with Elsa, Anna, Kristoff and Olaf. To bring the theme full circle, the menu will feature Nordic inspired foods.

1923 – When it comes to Disney, there’s a special meaning behind everything. 1923 just happens to be the year that the Walt Disney Company was founded. This restaurant pays tribute to the golden age of animation with food reflecting it’s California heritage.

There’s only one thing kids love more than the all-you-can-eat soft serve ice cream and that’s the Oceaneer Club! Children ages 3 to 12 can start by sliding into the club through a “secret” trap door in the Grand Hall. Then they’ll be whisked away into magical worlds with some of their favorite characters.

Marvel Super Hero Academy – My Marvel loving daughters will go nuts over the Super Hero Academy! At this high-tech Avengers headquarters, kids train to join the next generation of super heroes. Character appearances may include Spider-Man, Black Panther, Ant-Man and the Wasp (and if Paul Rudd is in that suit, I’m sneaking in too!)

Fairytale Hall – Little princess and princesses will love these Disney Princess inspired activity rooms. They can get creative at Rapunzel’s Art Studio, have storytime in Belle’s Library and even test their newly acquired icy powers at Anna and Elsa’s Summerhus.

Walt Disney Imagineering Lab – If your child wants to learn what it’slike to be a real Disney Imagineer, this lab is for them! They’ll discover the secrets of Disney’s world famous Imagineers with hands on activities and experiments, including creating designs for new parks, resorts and cruises and designing their own roller coaster.

Edge and Vibe – These cool hangouts are a great place for tweens and teens can go to chill and enjoy programs and activities designed with their age group in mind. Vibe is designed for teens aged 14-17 while Edge is for ages 11-14.

It’s A Small World Nursery – If your little prince or princess is too young for the Oceaneer Club, the nursery offers babysitting services in a fun, whimsical environment.

Disney Cruises aren’t just for the kids. There’s tons of stuff for the grownups too…

Date nights are hard to come by when you’re a parent but when the kids are begging to hang out in the Oceaneer Club, you should take full advantage of it. We all love our kids but every parent needs a little “me time” and the Disney Wish has plenty of options.

Star Wars: Hyperspace Lounge – As a huge Star Wars fan, I’m really loving this concept! This high-end bar is designed to resemble a luxurious yacht-class spaceship. It features interactive tasting experiences and signature beverages inspired by favorite Star Wars locations like Batuu, Tatooine and Mustafar. I am definitely planning on having a few “space drinks” here!

The Rose – This chic lounge at the entrance of Palo Steakhouse and Enchante is inspired by Beast’s magical flower. It’s the perfect place to have drinks before dinner or enjoy an after dinner cocktail.

Palo Steakhouse – If you’ve been on other Disney cruises, you may already be familiar with Palo, where they take their Italian cuisine to the next level. This newest evolution combines the best of Palo with a modern steakhouse in an atmosphere inspired by Cogsworth from Beauty And The Beast.

Enchante – This romantic restaurant is inspired by our favorite candelabra, Lumier. It’s the most luxurious dining experience on board, with a gourmet menu created by three-Michelin-starred Chef Arnaud Lallement.

Senses Spa – Want to spoil yourself a little? Head to Senses Spa for treatments in their private rooms, relax in an aromatherapy room or hit the steam room. If you want to squeeze in a workout, check out their state-of-the-art exercise and wellness facilities too.

Quiet Cove – Head to Quiet Cove to grab a pina colada and enjoy some quiet time in the adults only infinity pool.

Speaking of rest and relaxation…wait until you see these rooms! Just like other Disney Cruise Ships, these rooms are spacious and include plenty of room for storage too.

Most rooms will have ocean views and 70% will also include a spacious verandah (if you can get a room with a verandah, I highly recommend it!). There will also be plenty of rooms available with connecting doors for larger families.

This will be the first time that premium concierge staterooms and suites will be located above the bridge, with floor to ceiling windows featuring spectacular ocean views.

If you’re celebrating something special, you might want to consider one of the four royal suites. Each one can accommodate up to six guests and feature first-class amenities and extravagant details. My favorites are the two-story suites, completely with elegant spiral staircase and a two deck high stained glass frieze.

I don’t know about you but I’m so ready for a cruise now! You can book your cruise starting May 27th. Are you a Castway Club Member? Keep an eye on your email for early booking information!

What are you most excited to experience on the Disney Wish? 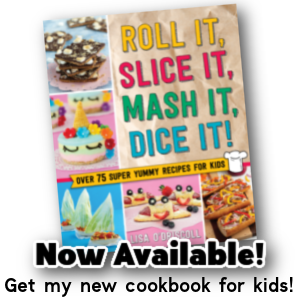