Thank you to the Mushroom Council for sponsoring this post. Make the pledge to be a blenditarian and share what drives you to do better!

Are you a Blenditarian yet? I am and once you taste this Mushroom And Sausage Stuffed Bell Pepper recipe, you’re going to want to take the blenditarian pledge too! Find out more about the pledge and how you can enter to win a $250 monthly giveaway.

Have you taken the blenditarian pledge? If not, you may want to consider it! I made the pledge a few months ago. It just made sense since I already love adding mushrooms to my recipes. It’s easy to do…just chop, blend and cook. Chop your favorite mushroom variety to match the consistency of your ground meat, blend them together, then cook to finish your recipe. Plus, if you take the monthly blenditarian Challenge, you might just win $250! I don’t know about you but I could sure use some extra fun money!

There are plenty of great reasons to take the blenditarian pledge: 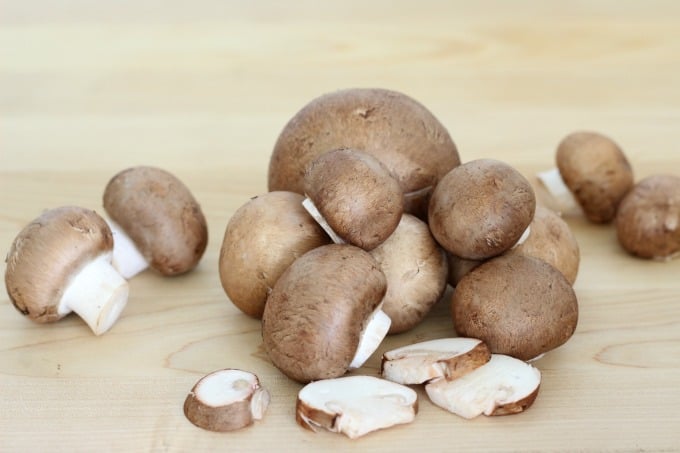 Since my blended meatloaf turned out so good last time, I decided to try a brand new blended recipe. Mushrooms and peppers always go great together so what could be better than a mushroom and sausage stuffed bell pepper recipe? In addition to mushrooms and peppers, I planned to add rice, more peppers and maybe even throw in some onion, too. 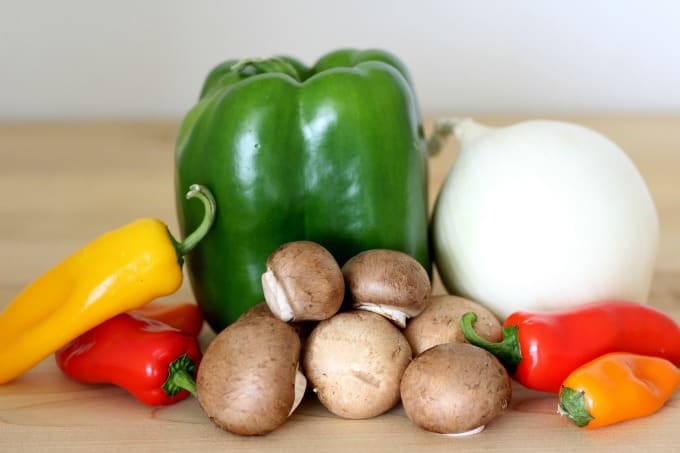 One thing I like about these is that you can make them ahead of time and put them in the fridge for later. If I know we’re going to be out and about, I’ll make them early in the day and do everything except bake them. Then when we get home (and there’s a million other things to do), I can just pull the stuffed peppers out of the fridge and throw them in the oven. 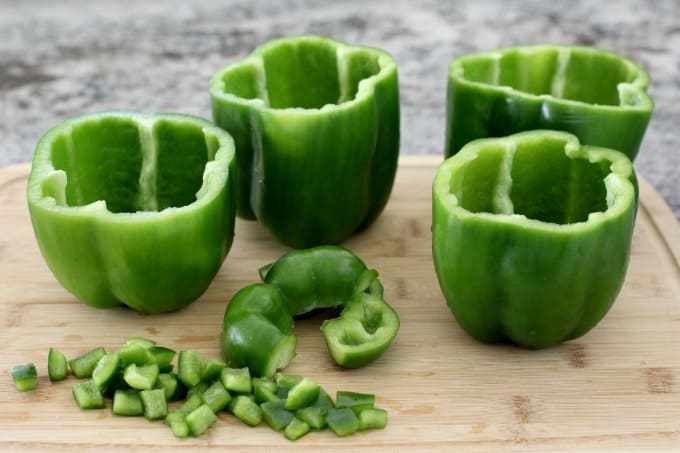 The first thing you’ll need to do is cut the tops off four green bell peppers. I even cut a couple into smaller pieces and added them to this recipe. 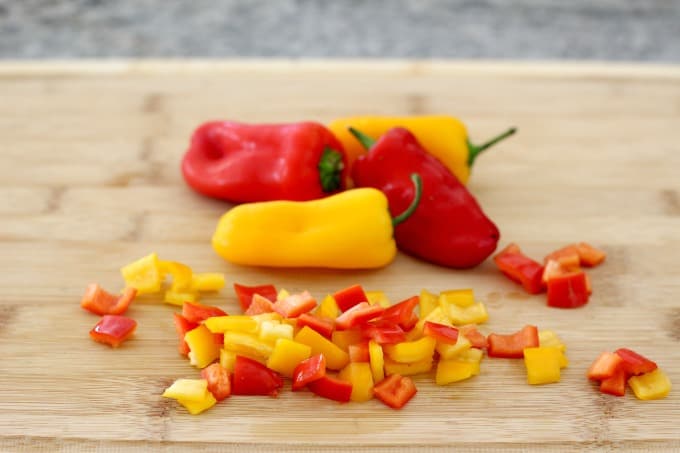 Next, chop three or four small sweet peppers. Not only do they add taste, but they make the recipe fun by adding a little color. 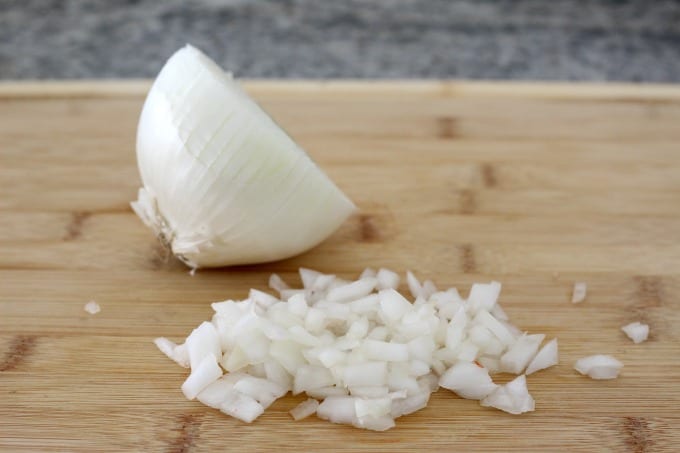 Add onion for even more flavor. 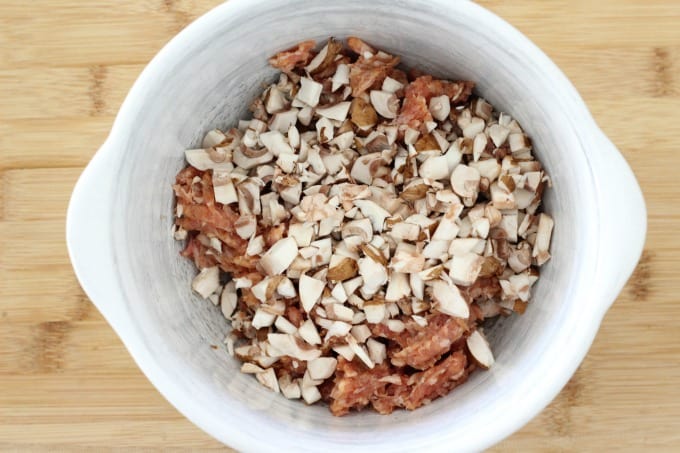 Chop the portobello mushrooms and blend them with the sausage. 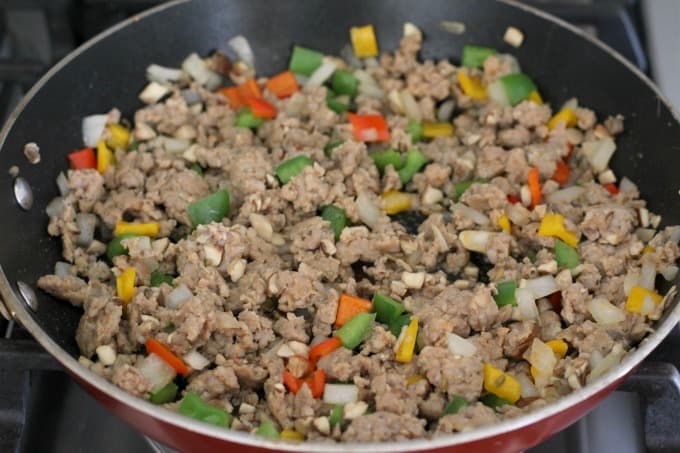 Add the peppers and onion to the sausage/mushroom blend and cook over medium heat until sausage is cooked through. 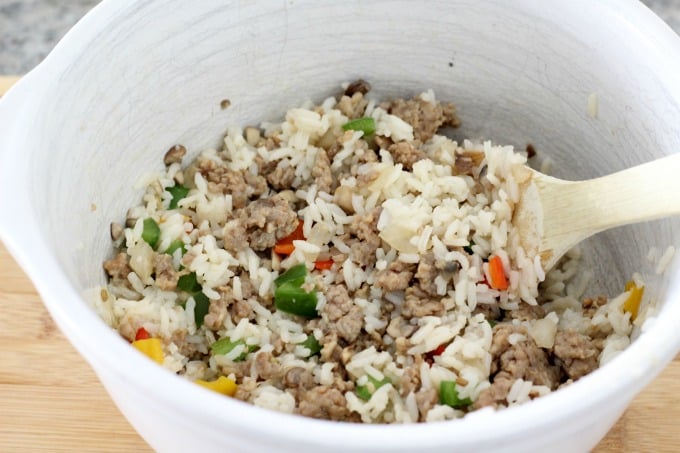 In a large bowl, combine the sausage and mushroom mixture with white rice (you can easily substitute brown rice if you prefer). 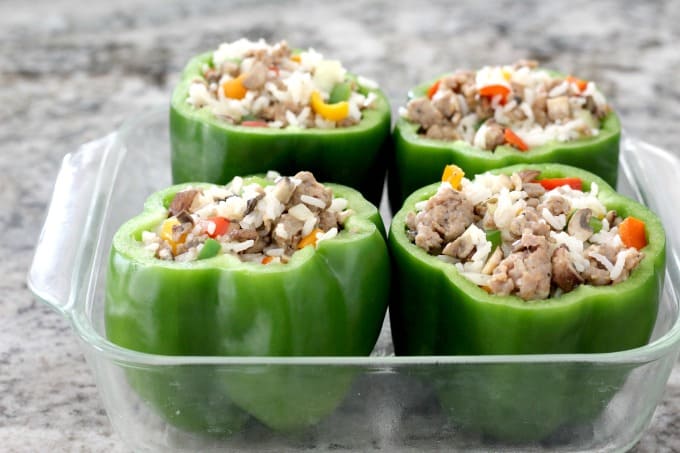 Fill the green peppers, cover tightly with foil and bake for 30 minutes. After 30 minutes, uncover and add cheese. Bake until the cheese is melted (approximately 5 minutes) and remove from oven. 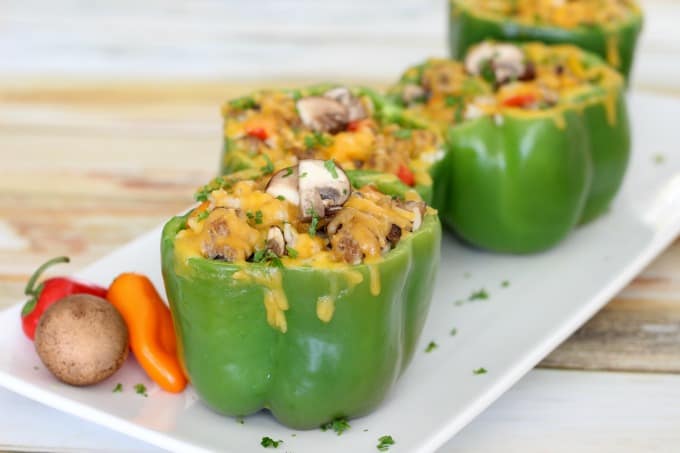 I still had mushrooms left so I sauteed them for a minute or two, then used them as garnish with a little parsley. 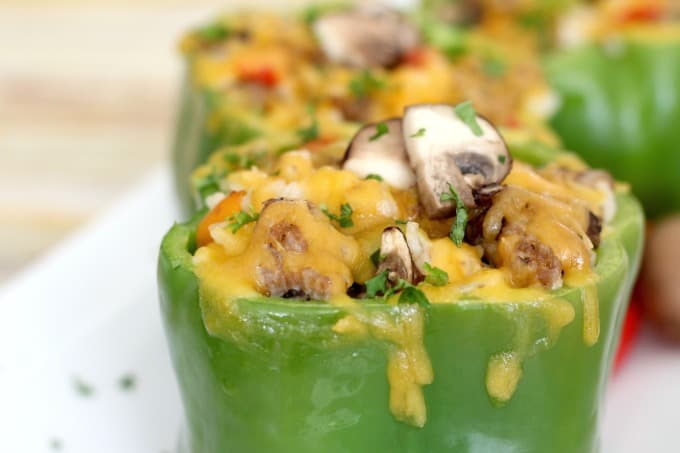 These stuffed peppers were SO good I could eat them every night. My family loved them too and I’m always happy when I can add a new dish to our repertoire. It’s not always easy to find recipes that my girls agree on but they both devoured this one. 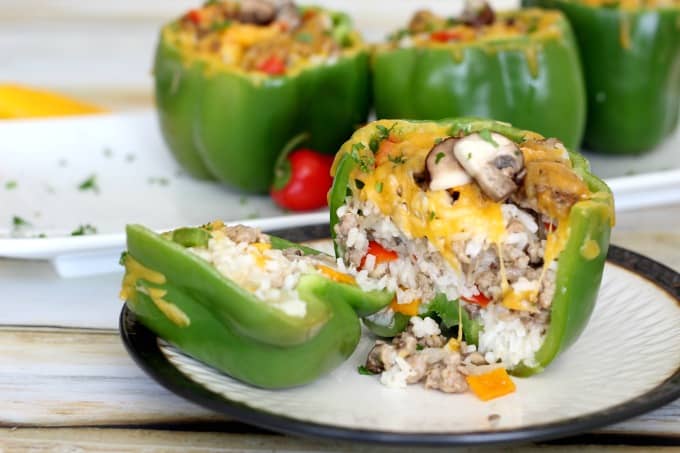 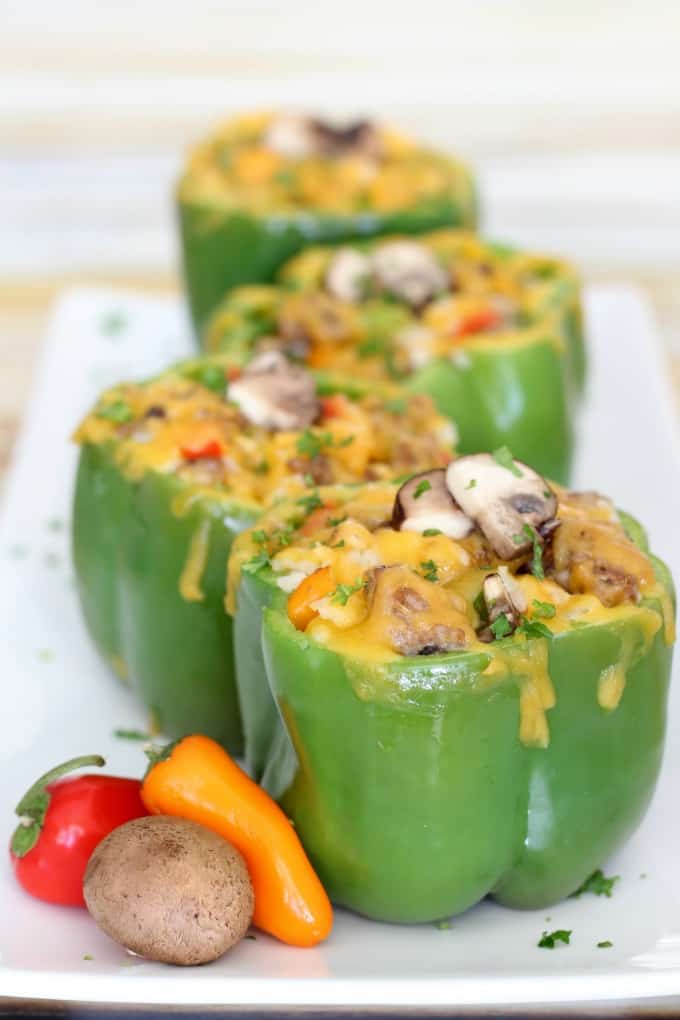 It wasn’t hard to take the blenditarian pledge since I cook with mushrooms so much already! I love the flavor they bring to a dish and it doesn’t hurt that you can add them to pretty much anything. I even used the remaining mushrooms in my eggs the next morning.

Do you include mushrooms in your recipes? What are some of your favorites? Make the pledge to be a blenditarian and share what drives you to do better!

I was selected for this opportunity as a member of CLEVER and the content and opinions expressed here are all my own.

If you liked this blenditarian recipe, you may also want to check this delicious Turkey Meatloaf 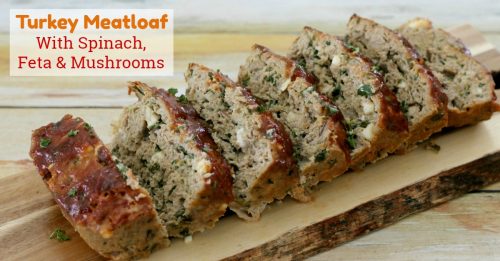