Want a delicious snack for your next holiday gathering?  Everyone will go crazy for this White Chocolate “Elf Food” party mix! 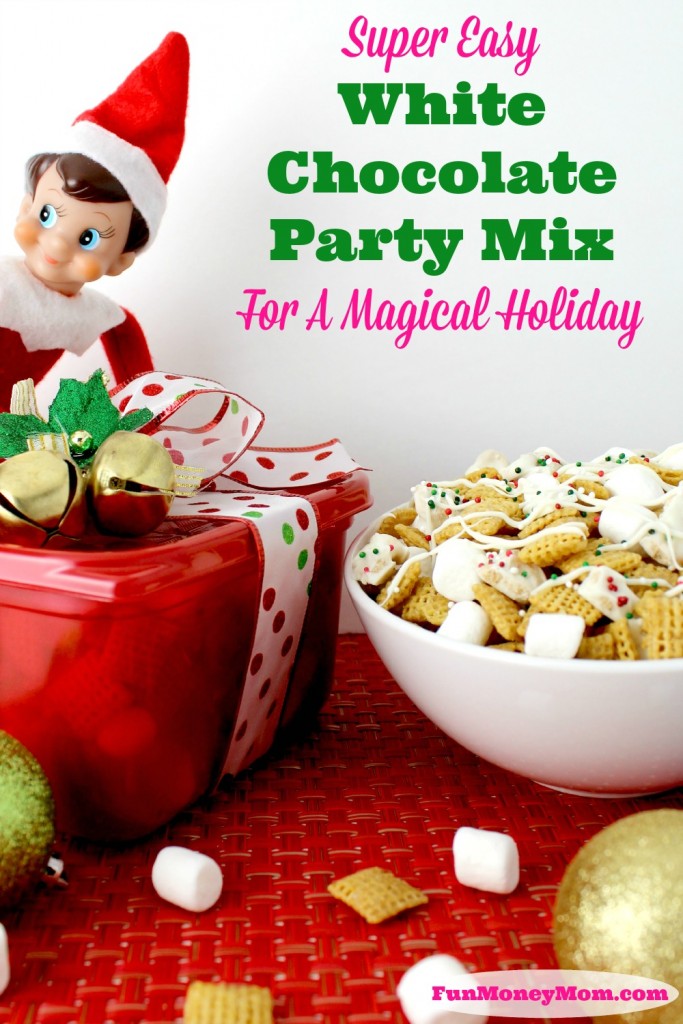 This holiday season has been a lot of fun!  I think I’ve done more baking this year than all other years combined and it’s been fun trying out so many different recipes.  When I got invited to a party recently, I wanted to bring something sweet but I’ve made so many cookies lately that I decided to try something a little different.  A friend had recently given me a bag of her homemade Chex party mix and when I went to the Chex site to look for recipes, I couldn’t believe how many awesome choices there were!  I’ve always been crazy for regular Chex Party Mix but the Holiday flavors all looked so amazing!  I was finally able to narrow it down, ultimately deciding on the Elf Food party mix!  Of course, we needed our favorite Elf (lovingly named “Elfy”) to participate.

Disclaimer: No elf magic was lost during the production of this blog post.  See proof at the end of the post.

I stopped by Publix, picked up everything I needed and headed home to get started.  I also grabbed some cute Christmas Ziploc containers…they always come in handy around the holidays!  Elfy (such an original name, I know) heard I was making elf food and wanted to lend a helping hand.  That’s what he said anyway…I think he just wanted to sneak away with some Chex and marshmallows…you know how those elves love marshmallows! 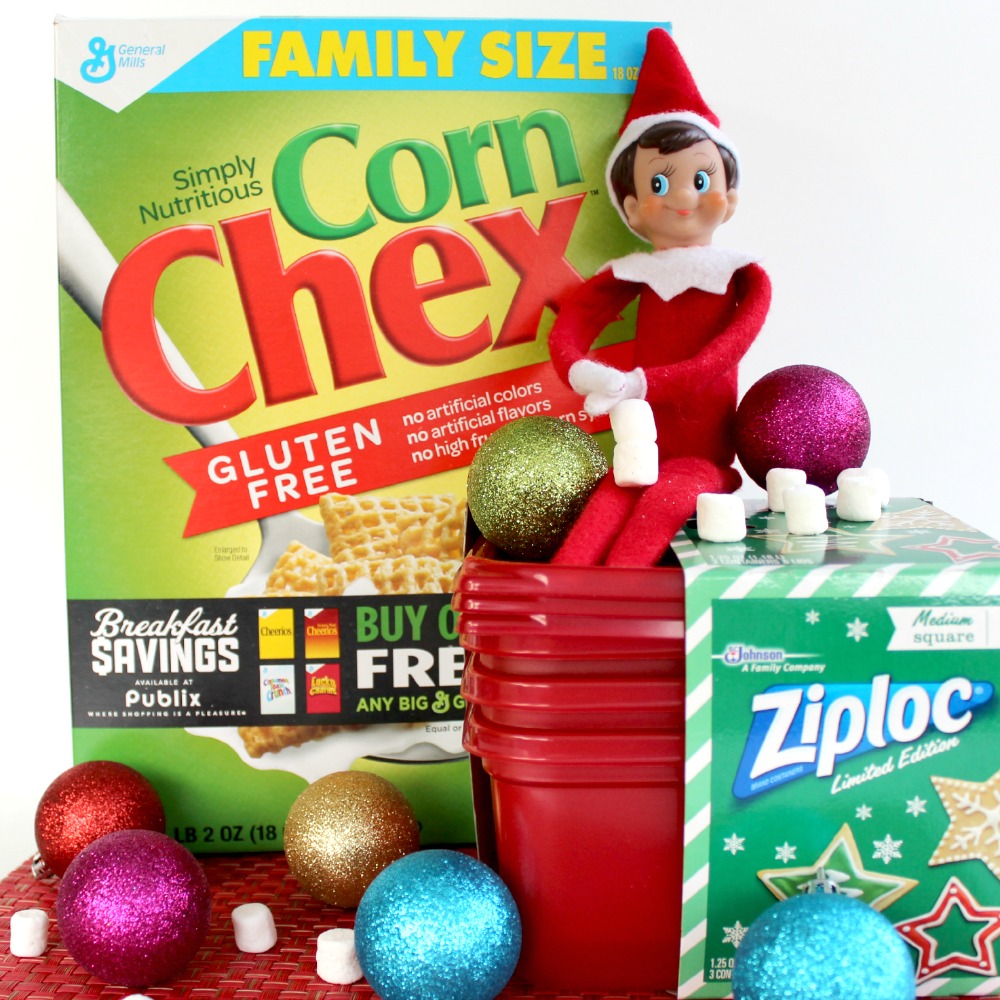 This was a really fun and easy recipe to make!  Start by melting white chocolate with Cheerios, spread it out on some wax paper to harden and add some sprinkles. 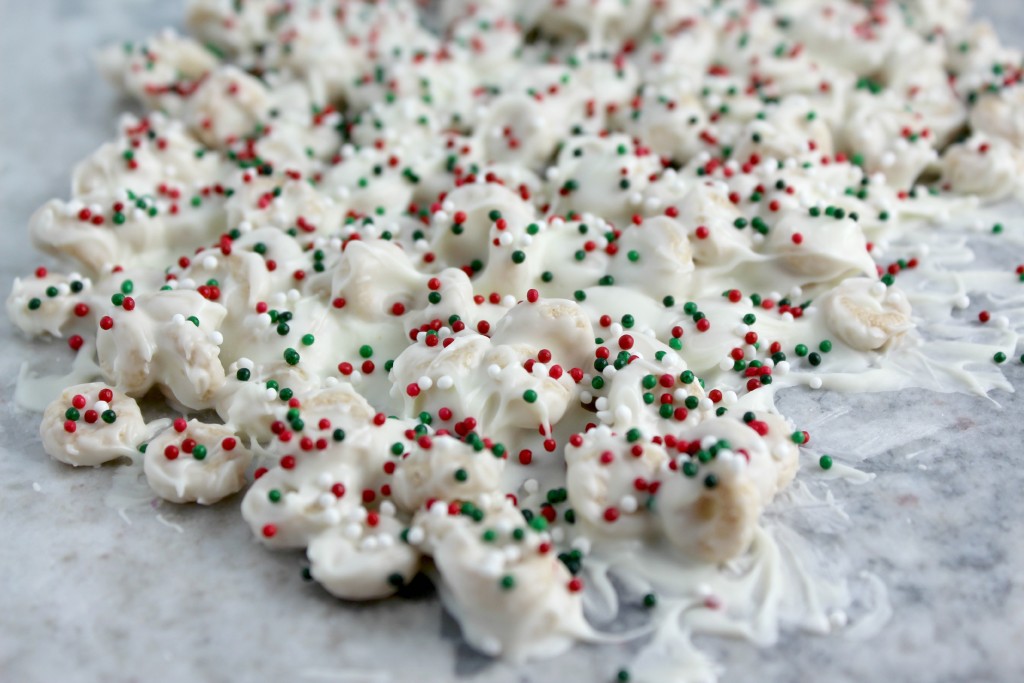 Then you’ll want to take your Chex cereal…hey, where’d he come from… 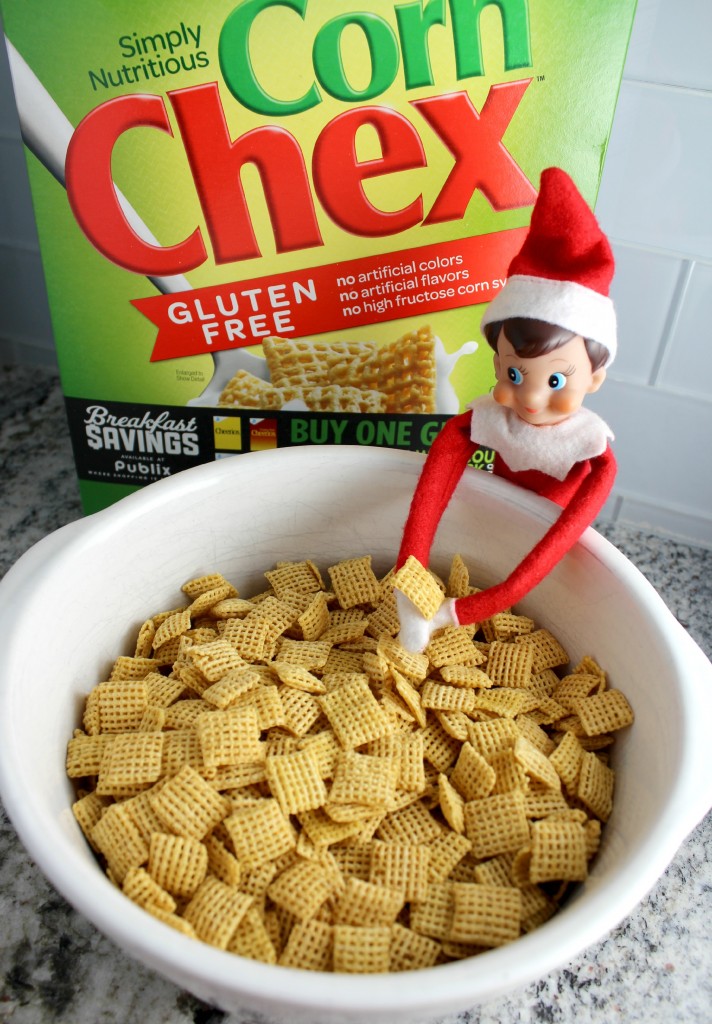 …and combine it with melted butter, brown sugar and maple sugar!  Microwave for a few minutes, stirring occasionally, until it turns a nice golden brown.  Spread on wax paper to cool off. 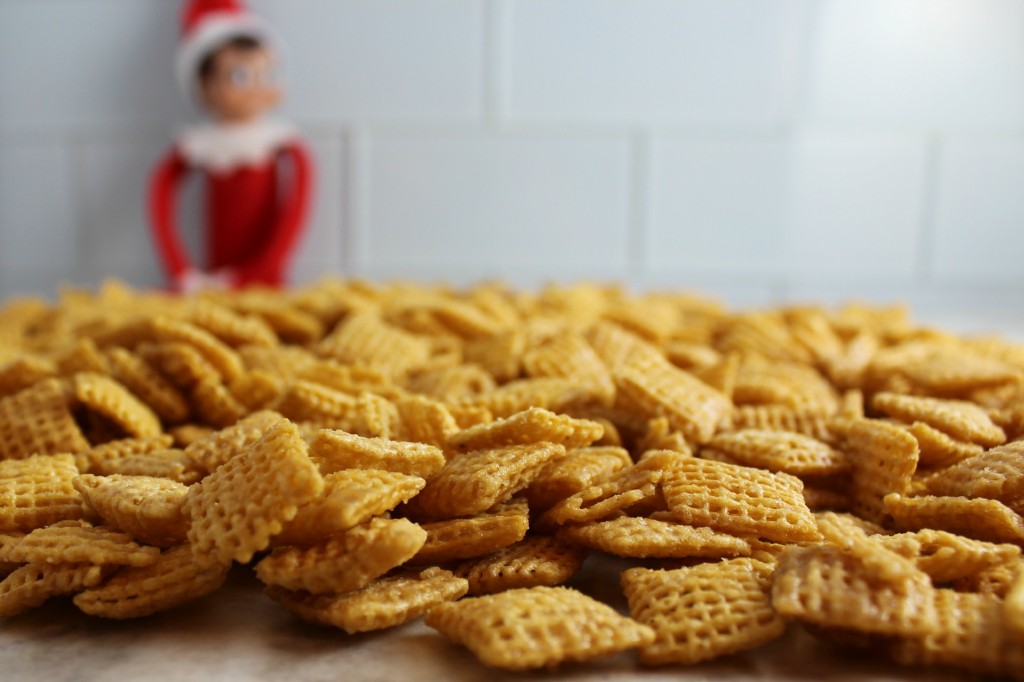 Once it’s cool, break apart the white chocolate/cheerio mixture, add marshmallows and drizzle with a little more white chocolate.  That part’s not in the original recipe but doesn’t drizzled chocolate make everything taste better?! 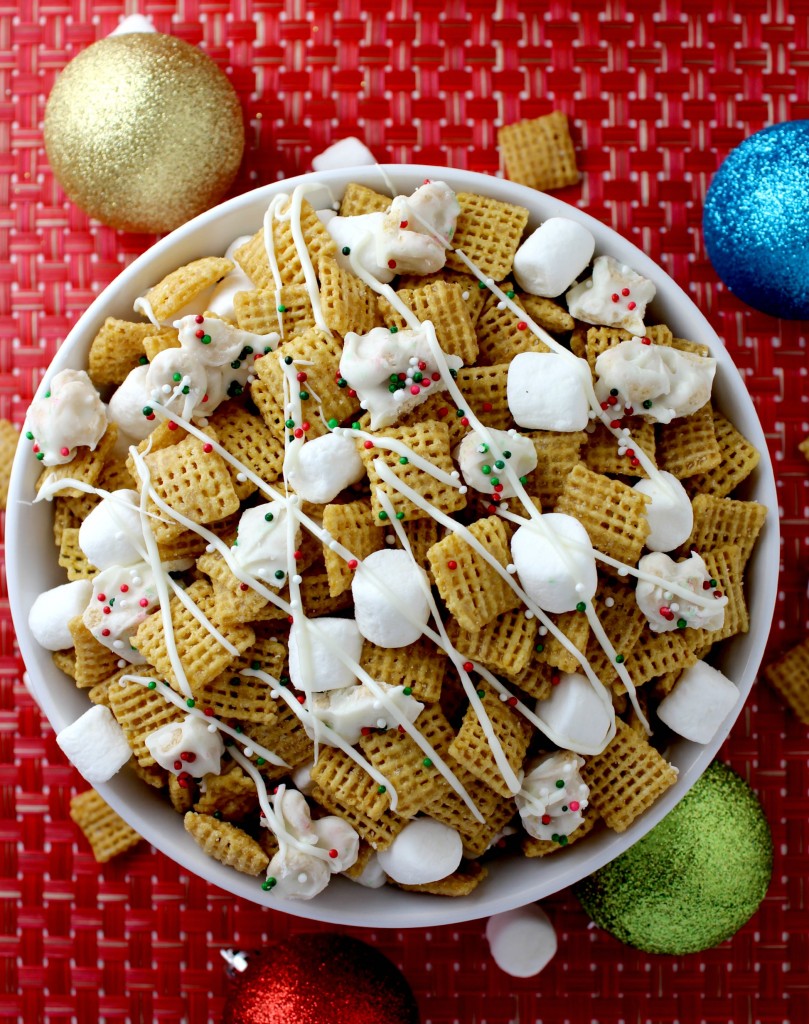 I packed some of the Elf Food in my new Ziploc containers.  They are cute to begin with and you can dress them up even more with a little ribbon and an ornament or two. 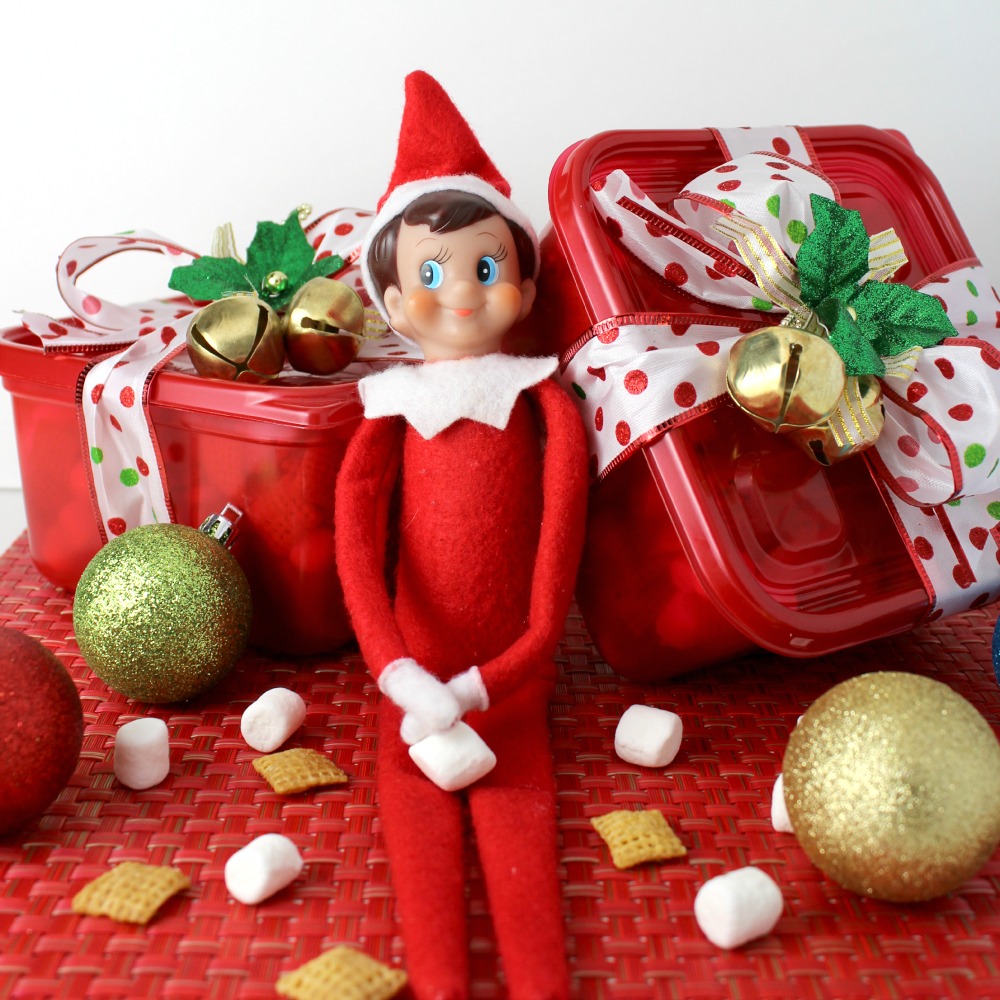 Uh oh…I caught Elfy trying to sneak a taste before we left! 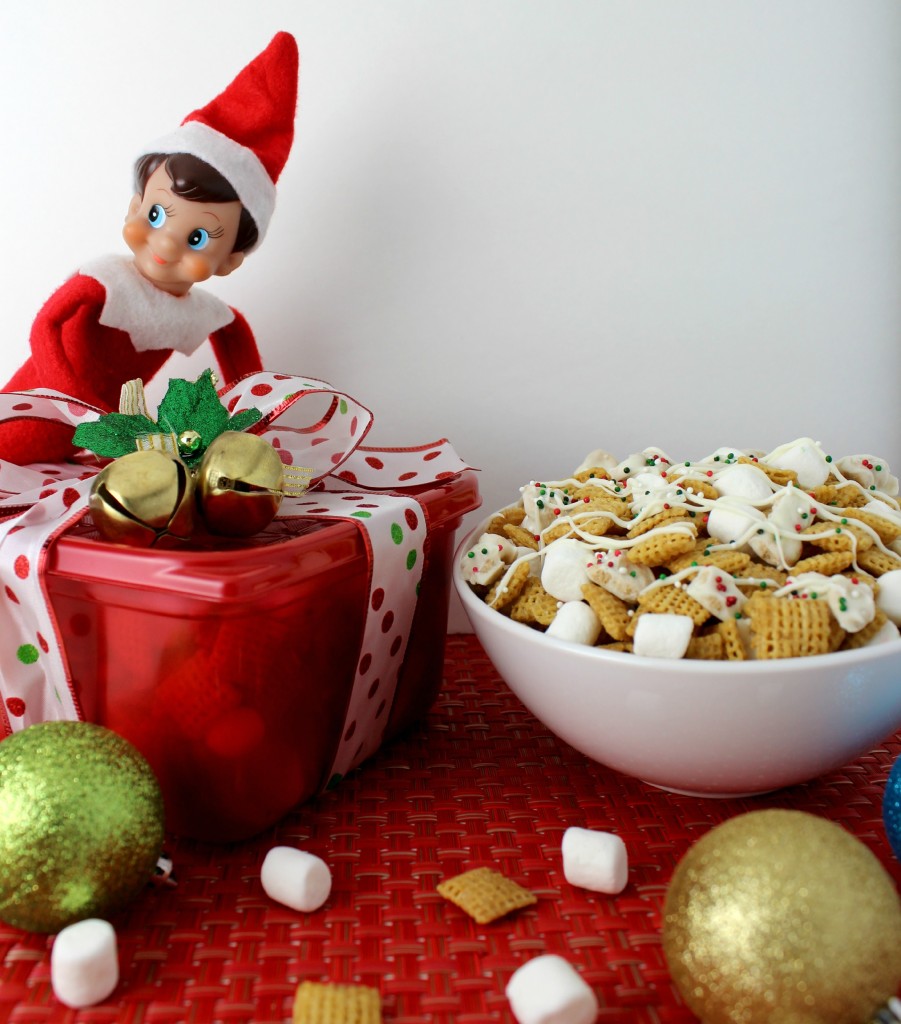 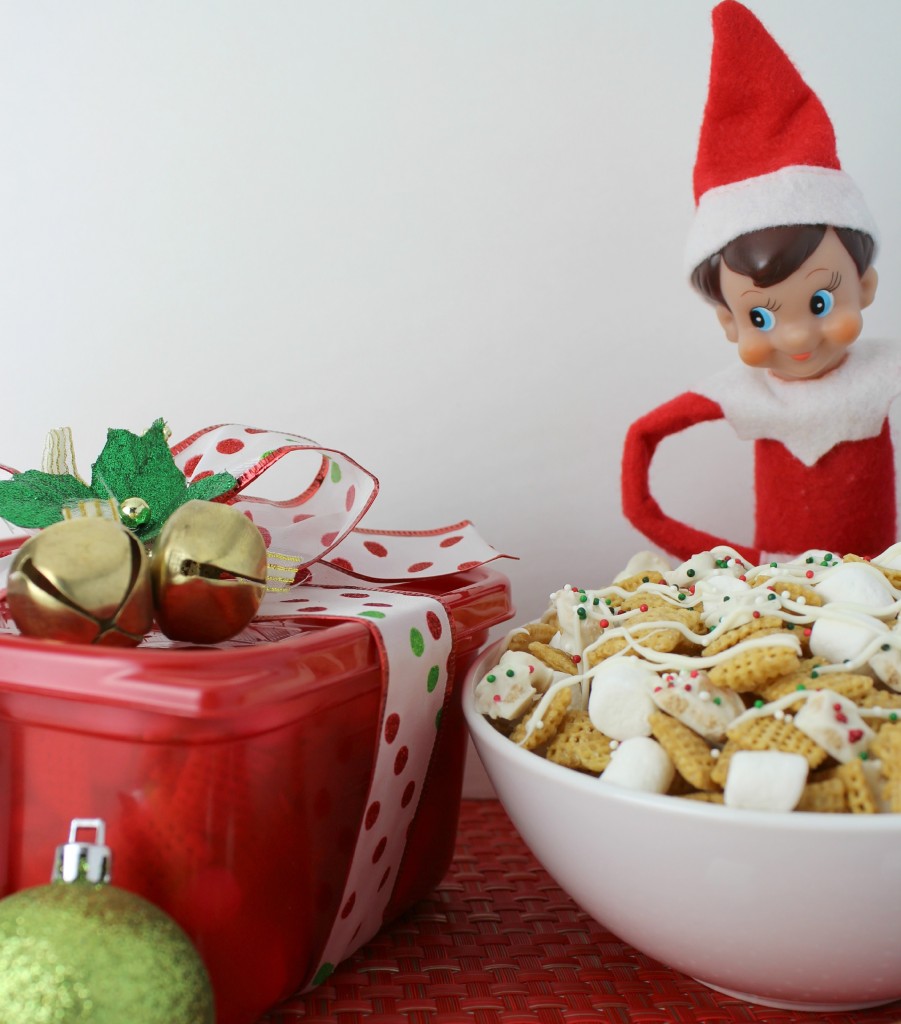 Now for the disclaimer:  I did have to touch Elfy during this photo shoot but I obtained special permission from Santa before I began.  Even so, it still made my three year old very nervous! (Ignore the messy handwriting…it was late and I was hurrying to get the note written before Elfy took off for the North Pole!) 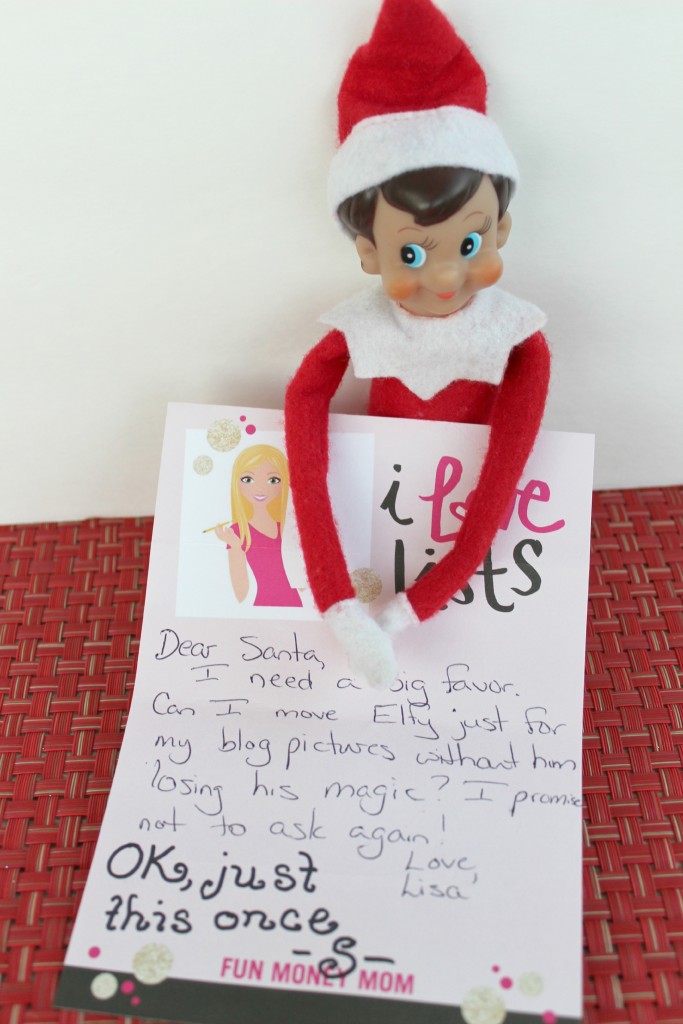 There are so many fun things you can make with Chex cereal!  What kind of party mix would you create?

If you enjoyed this recipe, please feel free to share!

Previous Post: « Top 10 Reasons Mommy Needs Her Glass Of Wine
Next Post: 20 Of The Most Amazing Gingerbread House Ideas »