This no carve mummy pumpkin is the perfect Halloween craft for all ages! 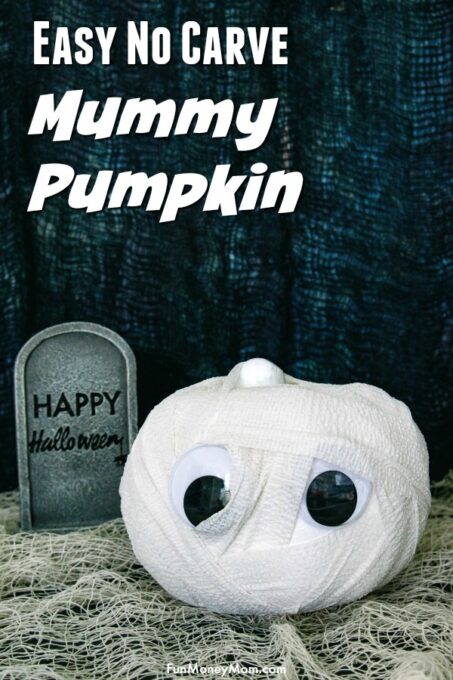 If there’s one thing I love doing this time of year, it’s coming up with fun Halloween pumpkin ideas! I’ve made everything from a fancy golden snitch pumpkin to easy emoji pumpkins. One thing I try to do though is to keep it simple and I think my new mummy pumpkin may just be my easiest yet!

I always start with these traditional styrofoam orange pumpkins. The dollar stores always get a ton of them in September and I totally stock up. You really can’t beat a dollar for a craft pumpkin! 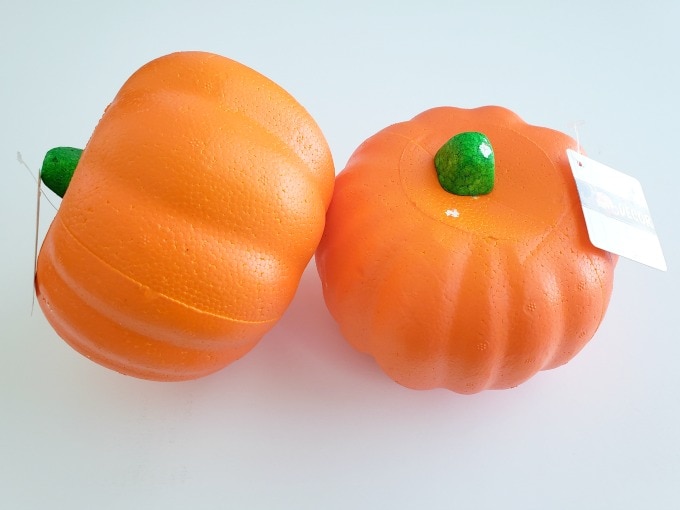 The pumpkins were easy but finding the right kind of gauze was a little trickier. I wanted the traditional thin gauze that almost looks like it’s falling apart but couldn’t find what I was looking for. I ended up narrowing it down to a self adhesive gauze and a plain, solid white gauze from Walmart.

After trying them both, the self adhesive gauze was by far the easiest. Like the name says, it stuck to itself as I wrapped so all I needed was a drop of glue at the end to keep it all together. It’s so easy that even the youngest kids can make one, as long as someone else helps with the glue gun.

This would make a great Halloween party activity too. If you’re expecting a crowd, just spray paint a bunch of pumpkins ahead of time to avoid the mess. Then everyone can just have fun wrapping (and your house won’t be covered in paint). 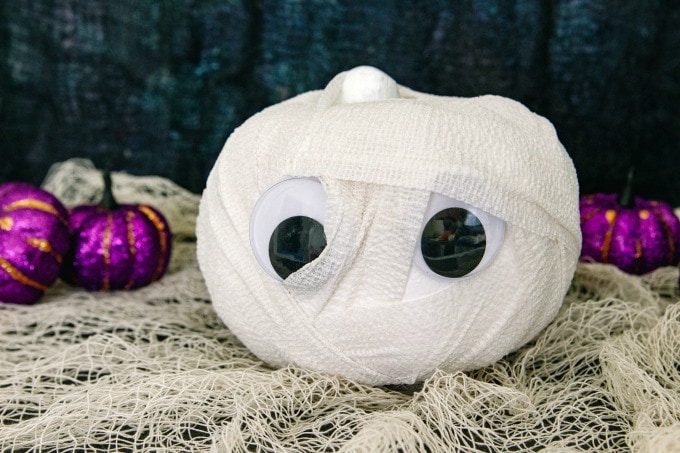 Ours wasn’t for a party though…we just wanted some cute Halloween decor. I was also excited to be invited to share this mummy pumpkin and the rest of my pumpkin ideas on Sarasota’s Suncoast View. 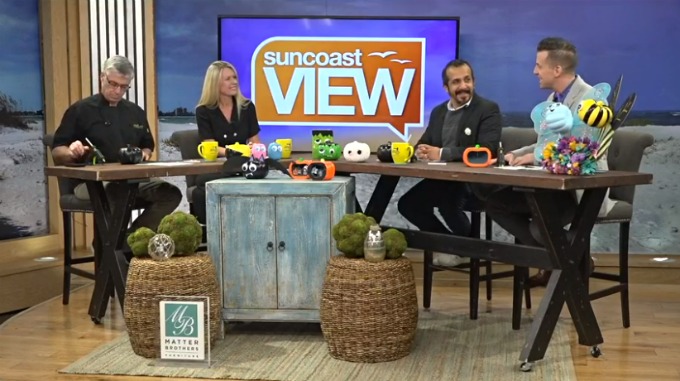 I love no carve pumpkins because of the mess free factor but if you’re a fan of carving, you’ll definitely want to check out these cool pumpkin carvings!

If you liked this cute mummy pumpkin, you may also like these fun Halloween pumpkins… 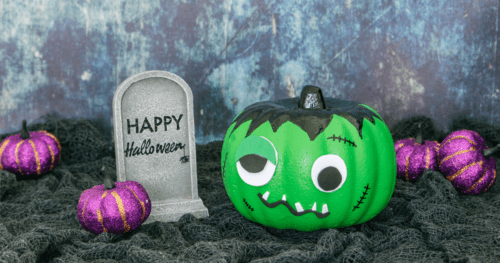 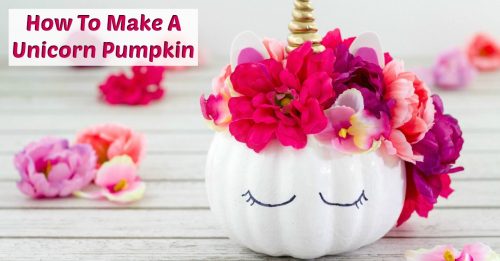 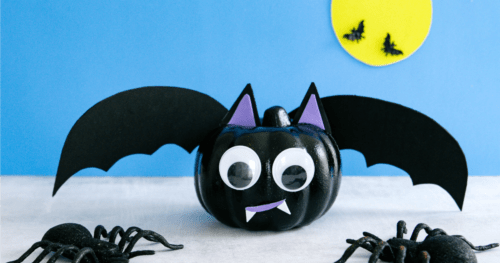 Previous Post: « Westgate River Ranch Teepees: Glamping It Up At A Florida Dude Ranch
Next Post: A Sneak Peek At Epcot’s New Rides And Attractions »